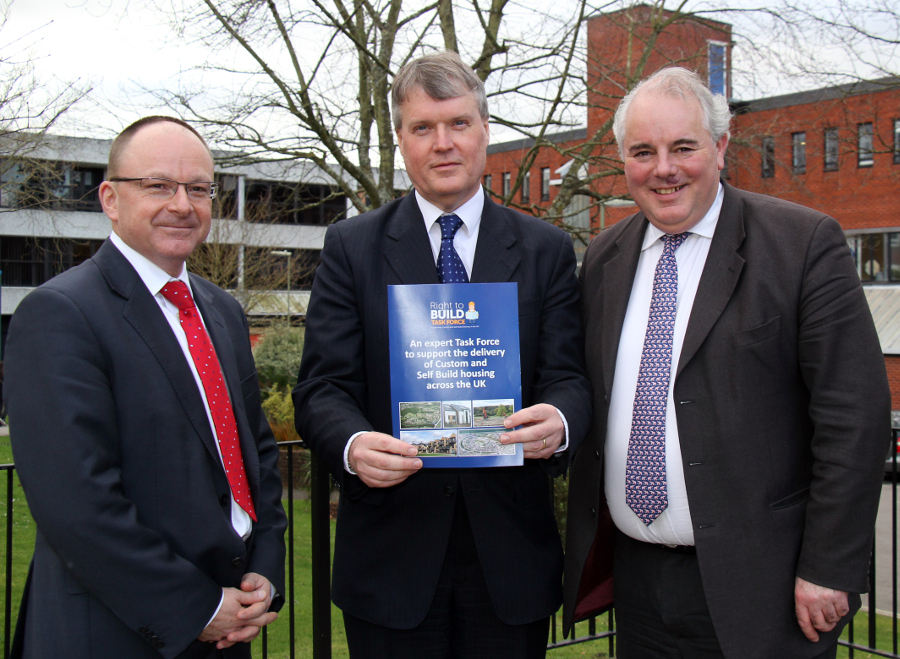 The Right To Build Task Force is working with Fareham Borough Council to consider the potential for self-build plots at Welborne Garden Village.

The Right To Build Task Force and Fareham Borough Council are working together to consider opportunities for Custom and Self-Build plots at the 6,000-home Welborne Garden Village, on the edge of Fareham, Hampshire.

The advice from the Task Force will inform the planning application for the future development of the Welborne site by the promoters, Buckland Development Limited.

With over 33,000 people signed up to the Right to Build registers, the pressure is on for local authorities across England to permission enough serviced building plots to meet this growing demand.

And as large, carefully-planned communities, garden towns and villages offer huge potential for bringing forward a range of well-designed housing opportunities, with a mix of tenures.

Consequently, they are a logical choice to help meet local demand for people who want to build their own homes, whether that be through Custom Build, Self-build or cohousing opportunities.

“Developments such as Welborne Garden Village offer huge scope for bringing forward a range of well-designed housing options and are, therefore, a logical choice to help meet local demand for people who want to build their own homes,”said Bacon MP, Task Force Ambassador and Chair of the APPG on Self-build, Custom and Community Housebuilding and Placemaking.

Cllr Woodward, Leader of Fareham Borough Council, said: “We are working with the Task Force to deliver more affordable housing and offer home ownership options which will suit a variety of modern needs. This includes offering space at Welborne Garden Village where people can design and build their own homes.”

Mario Wolf, RTB Task Force Director, said: “I am pleased that Fareham Borough Council has approached the Task Force for advice. Garden villages such as Welborne are well placed to include an ambitious and diverse Custom and Self-build housing offer to local communities.”

Since its launch last year, the Right to Build Task Force has had around 150 enquiries for support. It’s been working with a range of local authorities, landowners and industry stakeholders to bring forward Custom, Self-build and community-led housing opportunities, with an emphasis on scale and housing affordability.

It offers subsidised support for local authorities and community groups, to enable them to identify the best ways they can meet the demand as evidenced by their Right to Build registers.

Through its work it has helped Buckinghamshire Advantage pursue 165 plots for Custom and Self-build housing at Aylesbury Woodlands, part of Aylesbury Garden Village, which it has since secured a resolution on to grant planning permission, subject to a Section 106 agreement.

The Task Force comprises a growing Panel of Experts which is available to provide targeted support and advice on a wide range of issues, from strategic planning to sales and marketing of plots and community-led development opportunities.

Councillor Lewis, who is Executive Board Member responsible for Regeneration, Transport and Planning, comes to the Task Force with considerable experience, having championed Leeds’ Housing Growth Strategy and community-led Self-build housing opportunities in the city, such as the pioneering LILAC co-housing community of 20 eco-build households in West Leeds.

“I am delighted that Councillor Lewis is joining the Task Force and will be promoting its work across the country, helping to champion the Right to Build to our local communities,” said Bacon.

Local authorities and businesses operating in the sector are strongly advised to link to the Right To Build Portal, and encourage interested members of the public to sign up to the Right To Build registers. This evidences demand for those wanting to have a hand in creating their own home to councils and planners.

The Task Force showcases its work at regular regional expos. The next Right to Build Expo: unlocking the potential of custom and self-build (South West) is on Thursday 8 March at Westpoint Exeter, Clyst St Mary, Exeter, EX5 1DJ. Tickets available at Eventbrite.