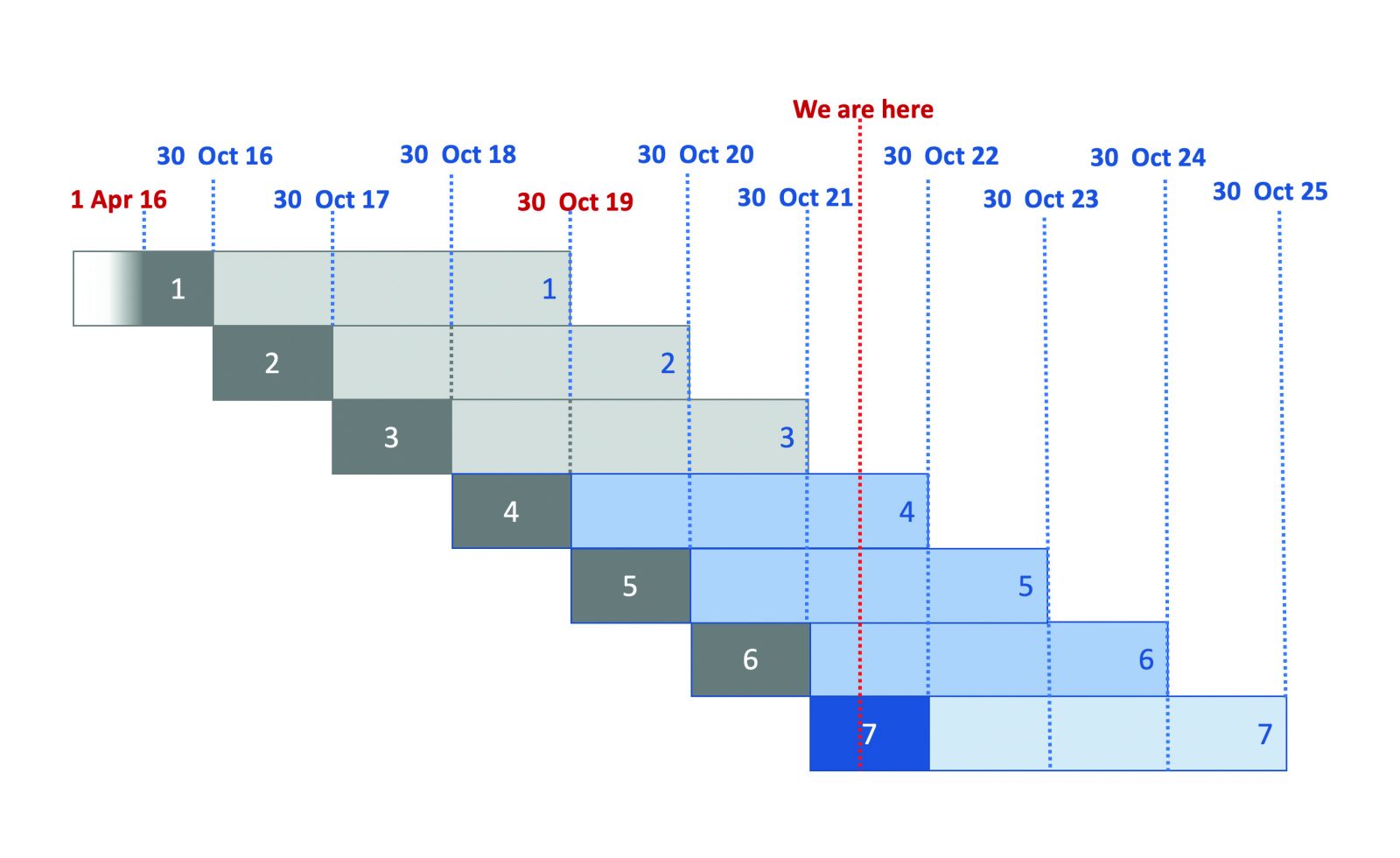 Government has published last years’ data for the custom and self build registers, mapping progress against the Right to Build (period 6 in the above image). NaCSBA welcomes the data, which shows a broadly positive pattern of growth — if somewhat limited, but believes the monitoring process could be far more robust.

The latest tranche of data reflects the closure of the 6th base period since the legislation commenced, with the first partial year followed by five full years’ of data. Councils have three years from the close of each base period to provide sufficient planning permissions to meet this demand.

While the registers are welcome, NaCSBA would point out that monitoring and counting of plots permissioned remains far from ideal, with many discrepancies across the different English councils where the legislation applies.

NaCSBA CEO Andrew Baddeley-Chappell commented: “NaCSBA welcomes the latest release of data from DLUHC on the Right to Build Registers and the performance of local authority. Sunlight can help make many things better and it is clear that this regular reporting is helping to both drive up registrations and to the limit the poor practice we have seen from a minority of local authorities.

“Whilst we welcome the progress made, these numbers remain far short of the numbers that reflect underlying demand here in England, and the delivery rate in every other developed country. There are many reasons for this. Awareness of the registers remains low, and barriers to joining in many cases too high.

“There are many discrepancies too, for example, in how authorities are counting plots, such as including all plots as potentially suitable for custom or self build. Another issue is charging, such as with Three Rivers District Council requires that you pay £725 to join and remain in its register for three subsequent years. We also estimate that around 20,000 entries have been wrongly removed from registers.

“The reality is that the percentage of homes on small sites has halved in the last 10 years. The good news is that the Government has recognised the need to review the legislation, and is due to respond shortly to Richard Bacon’s plan for a major scaling up of the sector, and to launch Help to Build. Progress is being made.”

Government’s own data release acknowledges this, noting that the legislation does not specify how record the suitable permissions required to meet the demand data, although it does stress the need for applications to demonstate that, as per the legislation, the initial owner of the homes will have primary input into its final design and layout.

Ultimately, the local authority must be satisfied that the development permissions being counted meet the legislative requirements and that these can withstand the scrutiny of local constituents or any legal challenge.. It does however give some examples of criteria a planning authority could use to determine if an application, permission or development is for self-build or custom housebuilding:

The Right to Build Task Force has helpful guidance for plan making authorities around monitoring and counting plots, including a template to support activity.