Shoestring 2016: Starter Home on a Shoestring

The winner for this year’s competition has been announced – five designed were selected from the 12 strong nominees on the 2016 Self Build on a Shoestring long list. The top five are: Design Research North, Harper Perry, Clear Architects, Lewis Williams of Davies Sutton and Barton Willmore with Ecomotive. See the shortlisted projects below.

The overall winner is Barton Willomore with Ecomotive, who were presented with their £5,000 prize by Charlie Luxton at the Grand Designs Live exhibition. Find out more about the winning entry here. 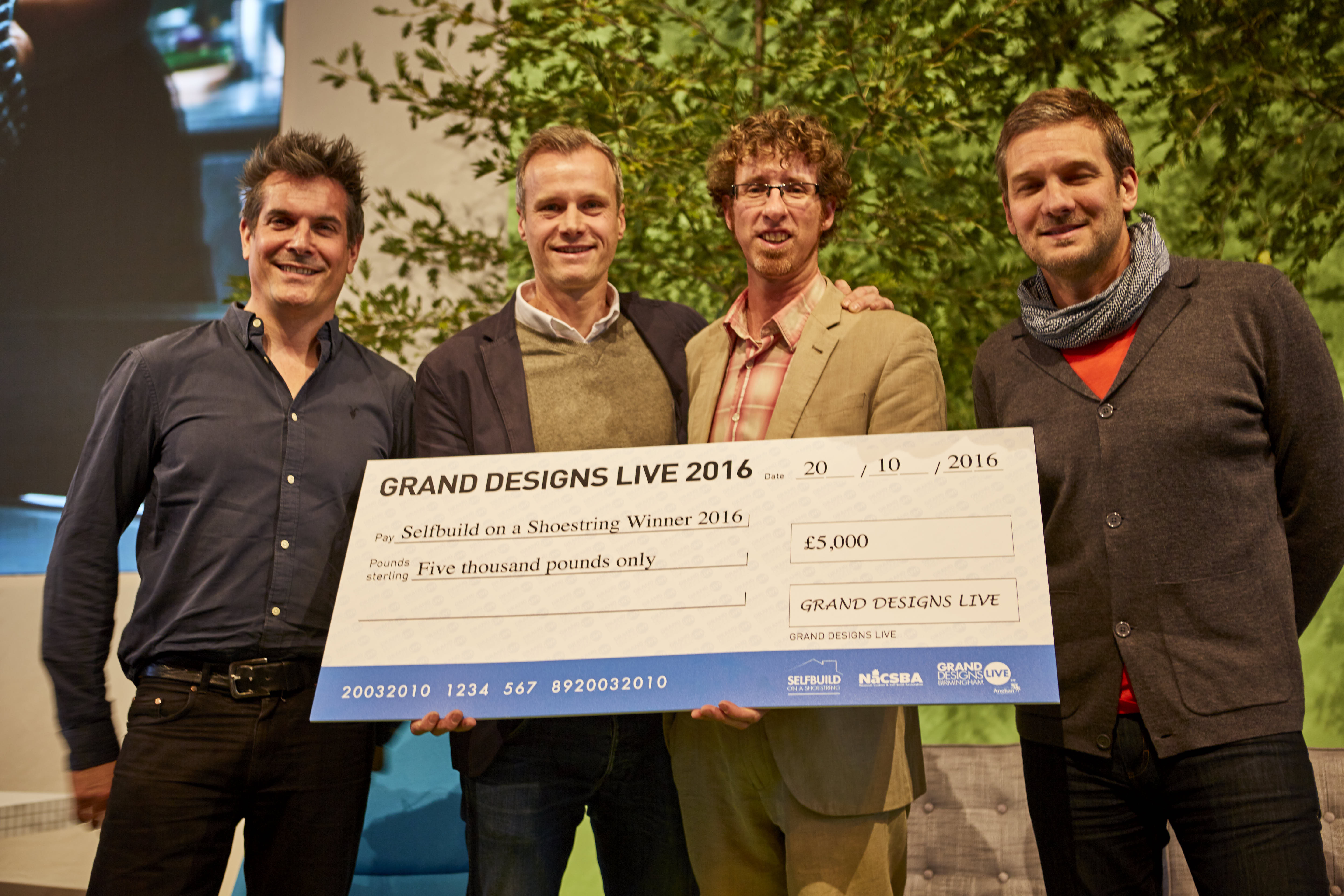 The judges include some of the UK’s best known self build celebrities – Kevin McCloud, Charlie Luxton, George Clarke and Gerardine and Wayne Hemingway. RIBA self build champion Luke Tozer is also one of the judges along with Lord Gary Porter, the former leader of the Local Government Association.

The competition is organised annually by NaCSBA and this year it challenged people to come up with innovative ways of building a modest ‘Starter Home’ that could be built for £50,000 or less. The Government defines a new Starter Home as any property costing less than £250,000 (or £450,000 in London).

NaCSBA believes it is possible to build a modest new home for much less than this, and the 12 finalists came up with a range of innovative ways of doing this. 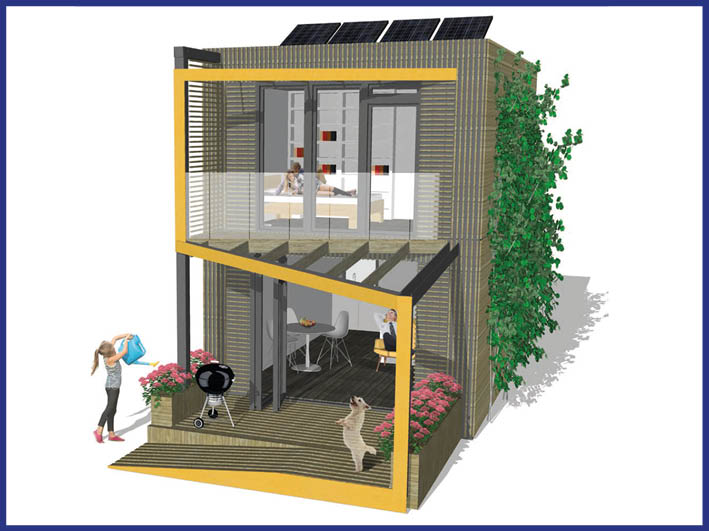 A dozen talented designers have been longlisted in the 2016 ‘Self Build on a Shoestring’ ideas competition. The overall winner will be revealed and presented with their 5,000 prize by Charlie Luxton at Grand Designs Live on Thursday 20th October.

The competition is organised annually by NaCSBA and this year it challenged architects, designers and others to come up with innovative ways of building a modest Starter Home on a small budget. In the past the competition has looked at designing an adaptable Starter Home (2015), a multi-unit urban development (2014) and a low cost family home (2013).

With the Government’s plans to build over 200,000 Starter Homes by 2020, 2016’s competition was geared towards brining innovation to designing a low cost self build Starter Home. While the Government defines a new Starter Home as any property costing less than 250,000 (or 450,000 in London), NaCSBA believes that it’s possible to build a modest home for much less. Therefore, the challenge was set to create a dwelling that would cost no more than £50,000.

Twelve unique projects were picked from the wealth of entries – which came from across the UK, as well as Australia, Mexico, Vietnam and Ireland. The 12 longlisted finalists are: 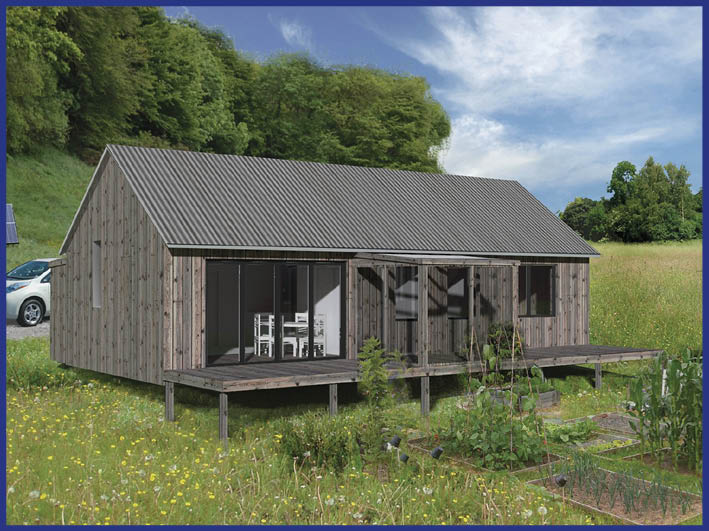 Mark Waghorn Design from Carmarthenshire. Mark designed a factory-made home that comes in two sections that are then connected on site to create an attractive bungalow. He estimates the two-bedroom property would cost 49.9k 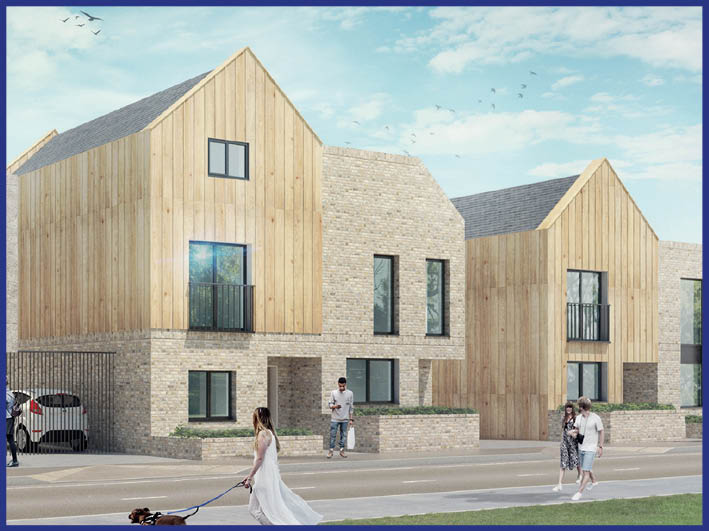 London architects Levitt Bernstein with F1 Modular. Called myPod this idea also had two factory-made sections, but these are stacked vertically to create a terraced house. The home provides 80 sq m of space for 49.7k. 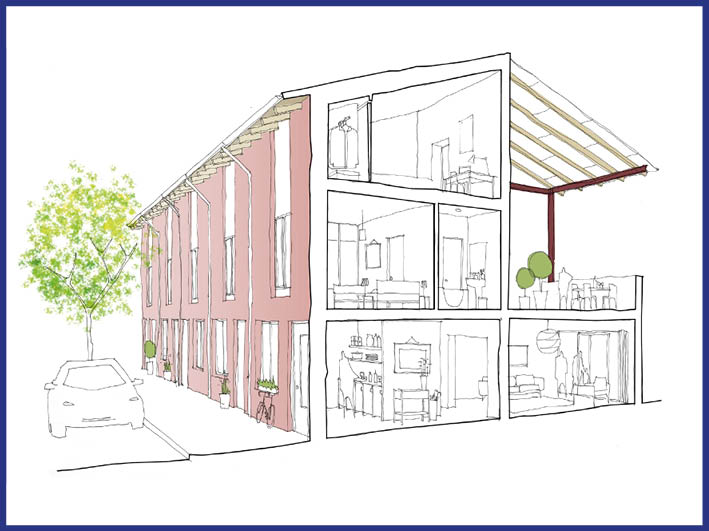 Design Research North in Preston.This entry called Half a House involves a contractor constructing a simple three level front section of a home so a self-builder can then easily add to the back, as their family grows. The company claims the 71 sqm front section can be built for 45.4k. 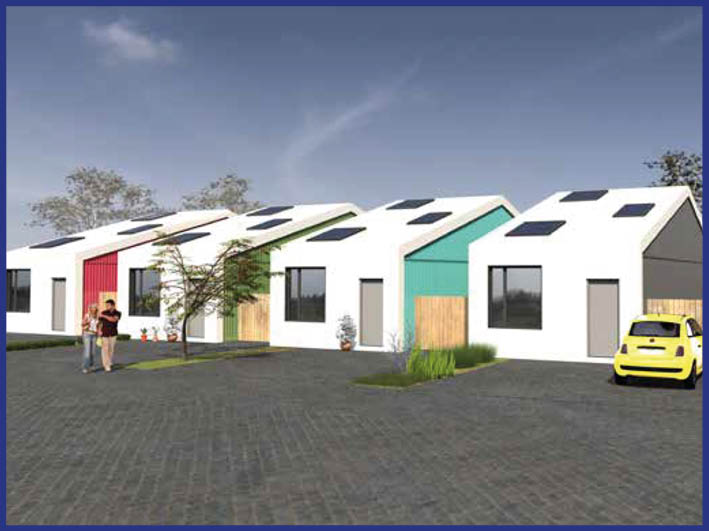 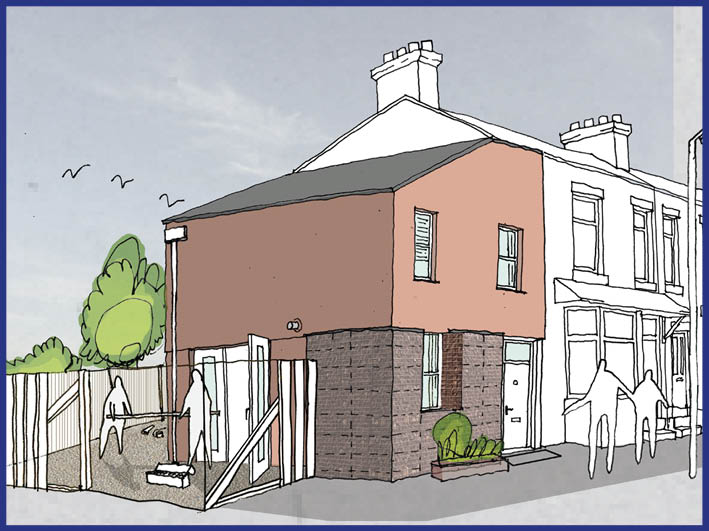 Newcastle upon Tyne based architects Harper Perry. This entry advocated bringing groups of people together to collectively save costs on materials, tools and land. Their simple kit-based Starter Home cost just 37.9k. 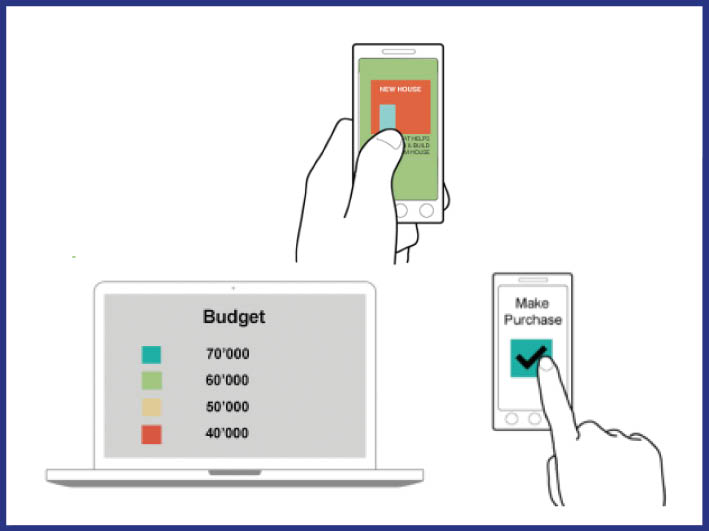 Aoife Marnane from Limerick in Ireland. Her solution revolved around developing a new smart phone App that would help people design and build a home to meet their budget. She says her 67 sqm home would cost 47.6k. 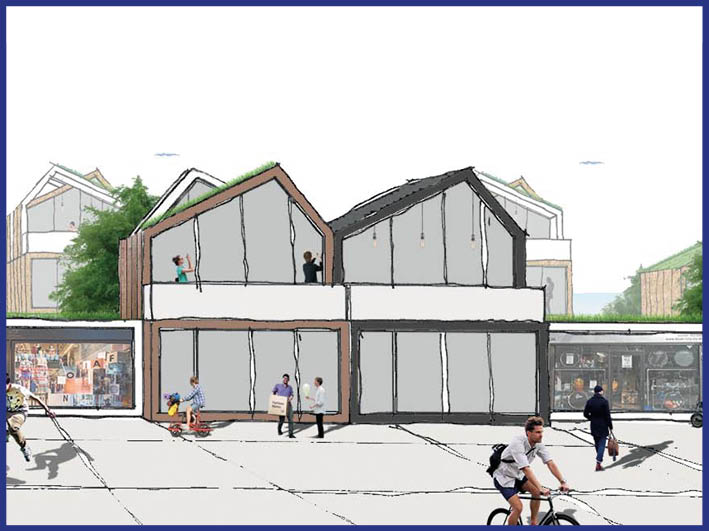 Essex based Clear Architects.This novel entry focused on developing a low cost panel system to construct the home, with the panels made largely from discarded coffee cups. The 71 sqm home can be built for just over 40k. 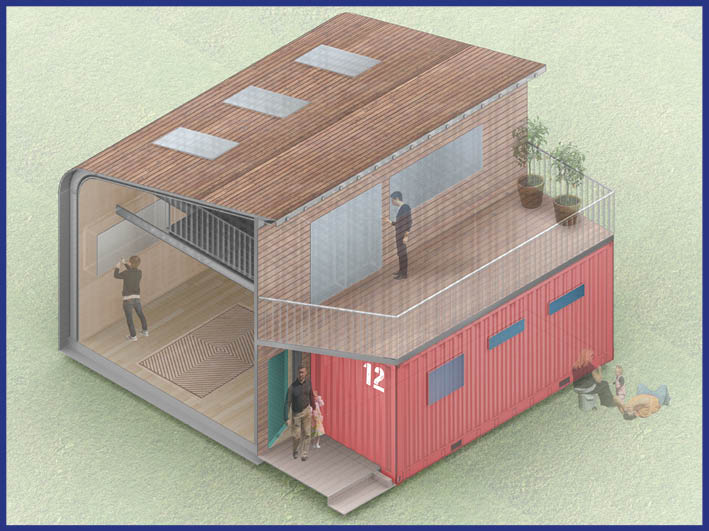 Londoners Christopher Holmes, Anastasia Stan and Max Friedlander.This entry involved utilising a shipping container (fitted out with a kitchen, bathroom and bedroom) as a temporary home, while a larger new home is added alongside. 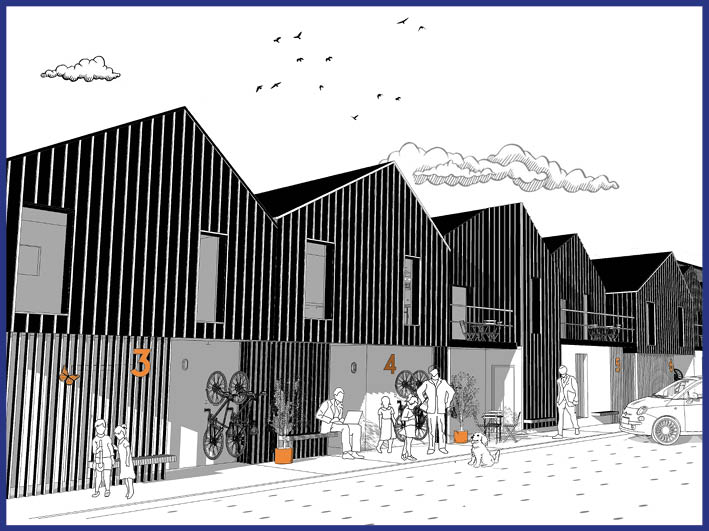 Reading-based firm Barton Willmore working with Bristol self-build consultant Ecomotive.This entry consisted of a number of standard modules that could be connected in a variety of ways -as a standalone home, a terrace or even as a block of flats. The standard 66 sqm home would cost 49.6k. 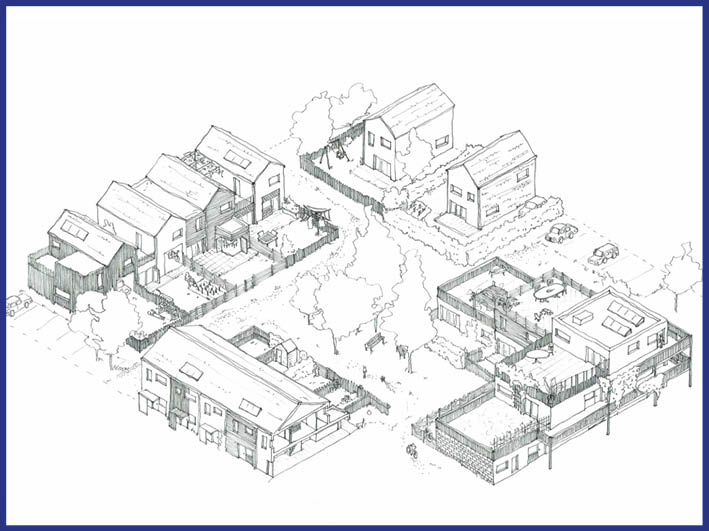 Paul Testa Architecture from Sheffield.Utilising a series of panels people can choose the design and layout of their home to match their needs. Paul’s house was also super energy efficient. A basic 70sqm shell home cost 49.4k. 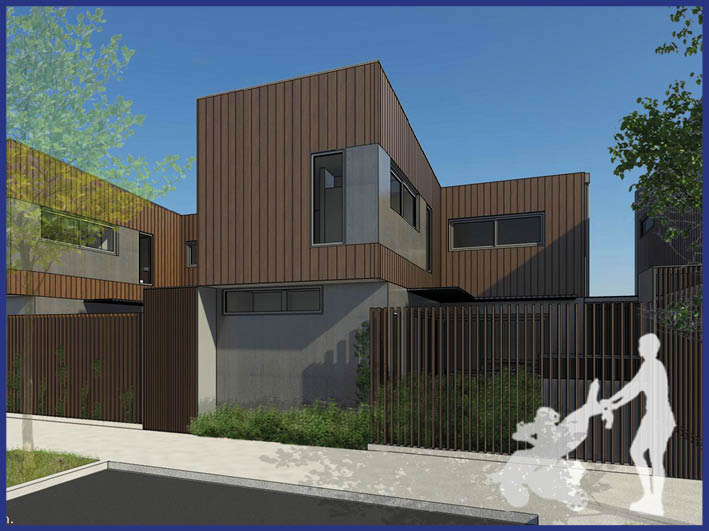 Australian architect Jasper Brown. This entry was based around a clever courtyard house design that could be constructed in just 15 days. Jasper calculated that his 65sqm home would cost 49.8k.