Industry responds to the Bacon Review 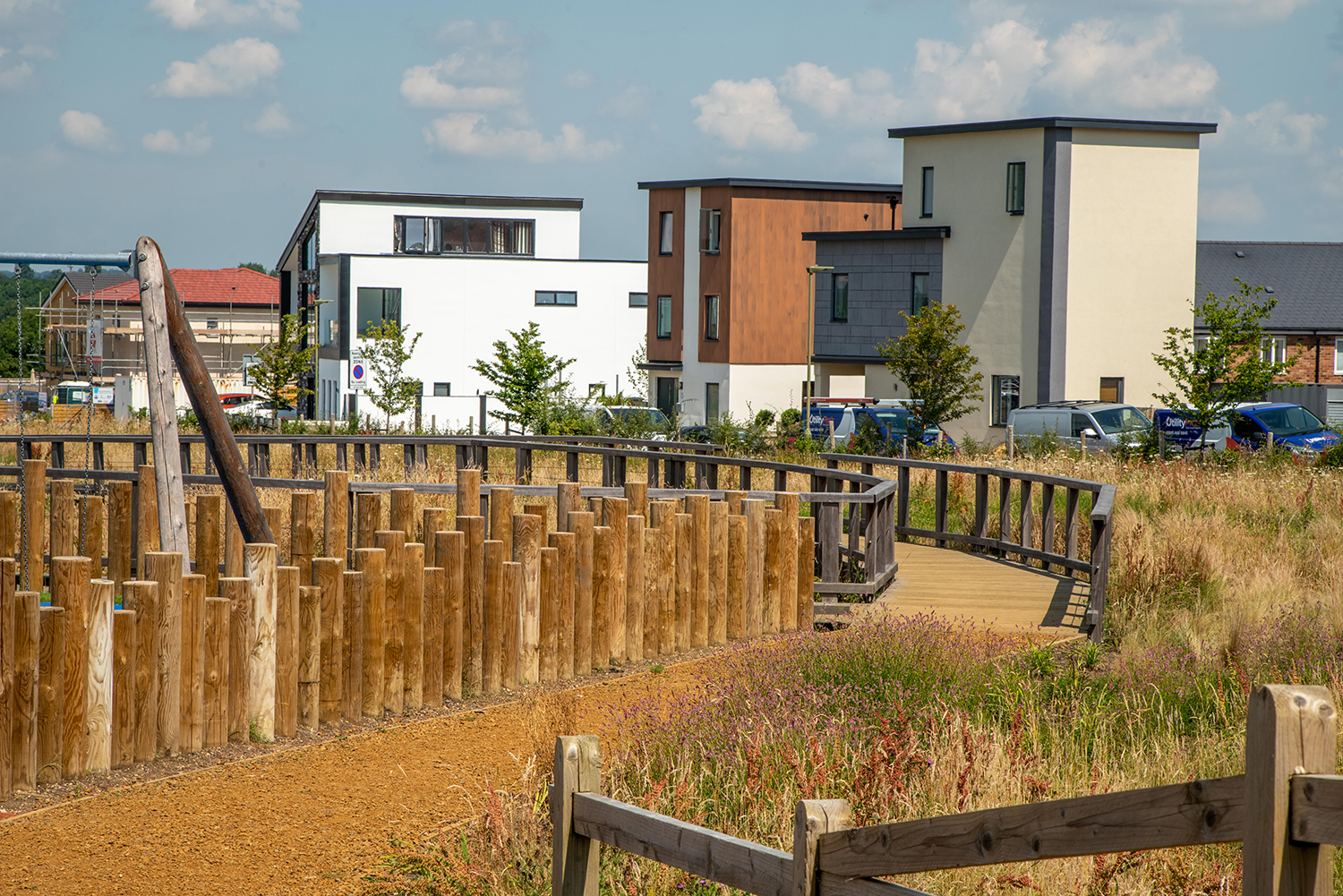 The Task Force is the dedicated home of the Bacon Review, where all the content relating to the review is kept in a single place. This includes the Task Force’s new top takeaways from the review.

Mary Elkington, Acting Head of the Right to Build Task Force: “In his review, Richard Bacon, has set out solid recommendations to improve the provision of custom and self build – not least by strengthening the Right to Build legislation and by honing local authority activity. The proposed planning reforms represent a genuine opportunity to embed these recommendations in practice, to ensure that real change is brokered.”

The Royal Institute of British Architects (RIBA) has responded to the Government-commissioned review into scaling up self-build and custom housebuilding, led by Richard Bacon MP.

The final report – informed by a roundtable held with RIBA members – makes recommendations to Government on how to support growth in all parts of the custom and self-build market.

RIBA President, Alan Jones, said: “By supporting more people to design and construct their own home, we will not only boost supply, but grow the proportion of bespoke homes that support higher levels of wellbeing and contribute more positively to local areas.

In addition to raising awareness of the Right to Build, and using planning reforms to support the delivery of custom and self-build homes, I strongly welcome the recommendation to use this delivery mechanism to accelerate Net Zero ambitions. I also have high hopes for the £150m Help to Build scheme, which should allow self and custom home building to become a realistic option.

All recommendations clearly align with the Government’s levelling up agenda and Building Beautiful plans – I urge policymakers to drive them forward.”

Brian Berry, Chief Executive of the FMB, said: “I congratulate Richard Bacon on his review of Custom and Self Build, and urge the Government to act on his recommendations if we are to diversify the housing market and meet our housing targets. We must reverse the decline in SME house builders, who deliver great homes, of high quality, in the places people want to live.”

Berry concluded: “56% of FMB house builder members build only as contractors, and the majority build to the designs and specifications of a consumer. The biggest constraint they face is access to viable small sites on which to build. So I welcome the review’s focus on the supply of land, and hope the Government will recognise the support that local authorities need to help more SMEs to build.”

“The majority of lenders who are active in the self-build market are small and regional building societies, whose more bespoke approach to underwriting and releasing funds has often been necessary with these mortgages.

“To achieve the lofty ambition of 100,000 properties a year would require significant changes across many areas including insurers and mortgage brokers, as well as an increase in appetite from larger lenders.”

The LPDF, which offered evidence to the review,represents member companies – large and small – who are able to deliver serviced plots with planning permission as part of their normal role in meeting the need for developable housing land.

LPDF chairman Paul Brocklehurst said: “This is a very positive report which gives hope both to potential self-builders and future buyers of custom-built homes. It also opens up a new market for small and medium sized companies whether they are in the business of releasing serviced sites or providing custom built homes for clients.

“As a sector we aid diversity of delivery and this would create more opportunity for people to enjoy the homes and space they desire. A number of Richard Bacon’s recommendations could be enacted quickly through secondary legislation or Written Ministerial Statement and we would encourage the Government to do so, whilst they formulate the detail of the impending Bill on Planning Reform for the longer term. We believe there is a huge potential for releasing smaller sites on the edges of towns and villages which would appeal to self-builders and those wishing to buy Custom Built housing.”

He added: “Crucially, it could play a part in helping the Government achieve its target of building 300,000 new homes per year in an effort to relieve the current housing crisis.”

The LPDF, whose members include land promoters, house builders, planners and leading law firms, is working with the Government, local authorities and communities to enhance the planning process, and help deliver the new homes the UK needs.

Mark Stevenson, Chairman of the Structural Timber Association (STA) Self Build Special Interest Group said: “STA welcomed the opportunity to contribute to the Bacon Review. Structural Timber has played a major role in the supply of self-build and custom homes for many years and has much experience in the challenges and involved in that market sector.

“We are very encouraged by the Government’s response to the good work by the Rt Hon Richard Bacon MP in this much overlooked area of homes provision.

“The Structural Timber industry is well placed to help with the increased provision of self-build and custom homes with the support proposed in the report; for example, structural timber construction is at the heart of Net Zero Carbon ambitions with unrivalled carbon sequestration properties inherent in timber and as members of the STA all structural timber suppliers are mandated to follow the STA Assure quality programme.

“Naturally, the construction industry in general has many challenges in delivering the ambition of 100,000 homes, but the STA are pleased to see the opportunity being recognised and look forward, on behalf of its members, to being part of the solution.”

Owen Jarvis, CEO at UKCN said: “At UKCN we are hugely encouraged by the launch of this report by Rt Hon Richard Bacon to help scale up self and custom built homes. which follows extensive engagement with housing experts. We see the report as a potential game-changer, particularly for cohousing schemes. The UK’s housing sector desperately needs greater choice and diversity and we urge the government to heed the findings and recommendations.

“The report argues for putting the needs, aspirations, interests and well-being of individuals, families and communities of all income levels at the heart of future housing developments. These values are at the heart of the cohousing movement and by giving citizens far greater say in the design, build and stewardship of housing can only lead to happier and healthier neighbourhoods across the UK”

Karen Curtin, managing director at self and custom build development site, Graven Hill (main image), said: “The Bacon Review has confirmed what we have known for years: self and custom building is the way forward for UK housing. We have always been huge advocates for making these non-traditional routes to home ownership accessible to everyone, no matter their age or background. In our eyes, the Review is a major step forward.

“Compromise has been an accepted part of house buying for too long, and we’ve seen first-hand how self and custom building is a key part of tackling this. Being able to buy – or build – a home that suits personal lifestyle choices is essential to solving the UK’s housing crisis and once the Help to Build scheme is launched, self and custom building could be a possibility for first-time buyers, families, and downsizers alike.

“As self-building becomes more accessible, we encourage developers across the country to consider offering self-build plots as part of each new development. We must move away from the ‘soulless monoculture’ that has been created over the years, embracing housing diversity instead. The desire from homeowners to create their dream home has always been there, they just haven’t been provided with the help or opportunities to do so.

“Our self-build plots have been incredibly popular, generating more interest than traditional options, with purchasers benefitting from Plot Passports and Golden Brick packages that make the process simpler. As the site enters its next phase of development, plans are in place to launch new serviced plots and custom build homes that are eligible for Help to Build. By taking a more innovative approach to house buying, we can make compromise a thing of the past.”

Mario Wolf, Director of Planning & Strategic Engagement at Custom Build Homes, said: “This Report marks a major milestone in the drive to scale-up the custom and self-build housing sector in this country and CBH welcomes its conclusions and recommendations.

“Richard has looked comprehensively at the growth potential of custom and self-build housing as a driver for more and better designed homes and much greater consumer choice. He has concluded there is a significant market ready to be unlocked through a series of targeted actions. We look forward to continuing to work with Richard and the Government to secure the timely implementation of his recommendations.”