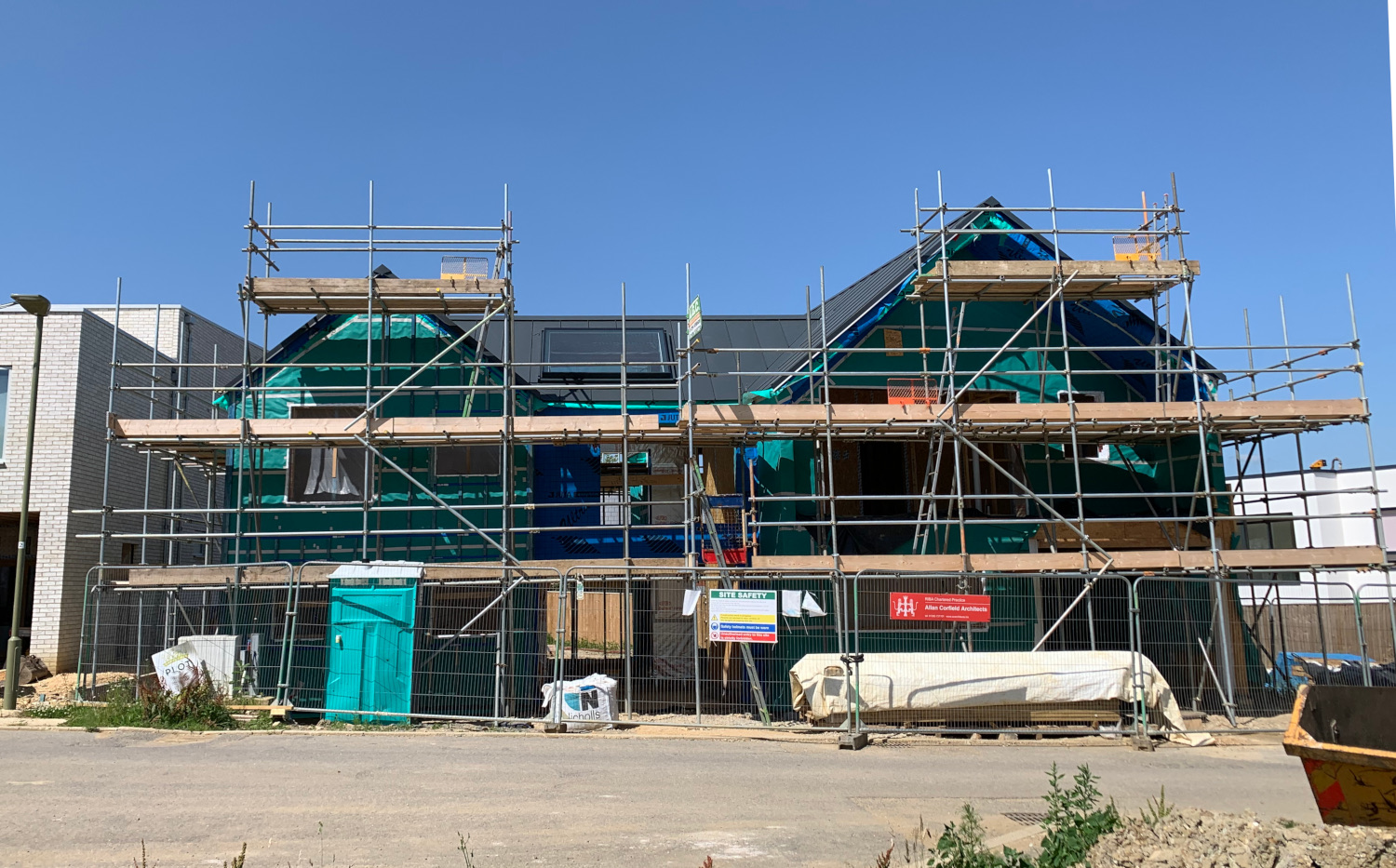 In its recent trio of announcements, government has published its response to the 2021 Bacon Review with the confirmation of a new Homes England delivery unit for custom and self build, and also community-led housing.

In the Independent Review into Scaling up Self Build and Custom Housebuilding Richard Bacon put forward a series of recommendations for government to consider, drawn from the research and evidence compiled in the report.

Recommendation 2: Raise Awareness of the Right to Build

Recommendation 3: Support Community-Led Housing, Diversity of Supply and Levelling Up

Recommendation 4: Promote Greener homes and more use of advanced manufacturing

Recommendation 5: Support Custom and Self-build housebuilding through the Planning Reforms

Recommendation 6: Iron out any tax creases

The ministerial foreword to the response is great news for the sector, as the positive commentary sets out government’s ambition for custom and self build to bolster and diversify mainstream housing delivery. This also sets out a promise for government to look at some of the recommendations in more detail in coming years, where it was unable to comment decisively at this point.

We will of course continue to work with Richard Bacon MP to ensure that this is the case.

This is the single greatest achievement of the review, with the news of the creation of a new Self-Commissioned Homes Delivery Unit within Homes England to enable the creation of serviced building plots on small and large sites and support the delivery of self and custom build homes at scale across the country. This unit will also embrace community led housing as an example of self-commissioned housing, as well as exploit the sector’s strong relationship with Modern Methods of Construction.

Specifically, the new unit will:

Recommendation 2: Raise Awareness of the Right to Build

While broadly in agreement on the need to boost awareness, government does not currently support the creation of a show park of custom and self build homes, based on successful German models, at this time. We remain keen to make it easier for the public to see for themselves how choice can be delivered in practice.

Instead, it believes the investment needed to do this is better channeled through existing work streams, such as the Brownfield Land Release Fund (which had a dedicated custom and self build fund in 2021) and Help to Build – both of which we strongly welcome.

Recommendation 3: Support Community-Led Housing, Diversity of Supply and Levelling Up

Government sets out its favourable views on community led housing, which it sees as empowering, affordable and driving community cohesion and local economies.

While it stops short of repeating the Community Housing Fund – something lobbying community led lobby bodies have called for, it stresses the fact that the Homes England delivery unit will embrace community led housing. However, it does not want to see a target for funding for these affordable self-commissioned homes.

On the point of a Plot to Rent Scheme, the response says that the idea of a serviced plot provided at a low cost as an alternative to a grant is an interesting one, that the new unit will consider in terms of viability.

Recommendation 4: Promote Greener homes and more use of advanced manufacturing

Government states that self commissioned homes have a role to play as leaders in green homes, saying: “self-commissioned homes are likely to have enhanced focus on quality, energy efficiency and sustainability as the person building or commissioning the homes will live in it and will reap the benefits in future years.”

It links sustainable ambitions closely with MMC, which is a “good choice” for self commissioned homes, as it can create high-quality, customisable components, supporting people to achieve high energy performance and accelerate the completion of their finished home.

In its response, government cites existing programmes to deliver greener homes, rather than outlining new sector-specific measures. This is understandable as many of the elements are outside its direct control, but it is clear that too many parts of our complex housing delivery “system” are moving too slowly at the moment.

Recommendation 5: Support Custom and Self-build housebuilding through the Planning Reforms

Stressing its role in creating the Right to Build legislation, government declined to state how planning reform would support growth. Instead it highlighted the £600k funding to enable the Right to Build Task Force to operate for a further three years, specifically for it to bridge the gap in knowledge around the delivery of custom and self build.

In the response government stresses the need for local authorities to step up and support delivery. “Lack of suitable land is a key barrier to allowing individuals and families to build their own homes and we need local authorities to play their part in both planning for and permissioning suitable land to ensure self-commissioned homes can become a mainstream housing option for people moving home.”

Importantly for the sector, it confirmed that new legislation would clarify the issue of ‘suitable permissions’ that remains an issue with the monitoring of the Right to Build duties. This will support local authorities to ensure sufficient local provision to reflect demand.

Future planning reforms (in addition to primary legislation) will also reassess many of these issues, and we will continue to provide expert input into this process.

Recommendation 6: Iron out any tax creases

Issues around tax, and especially Golden Brick and the Community Infrastructure Levy (CIL), are not addressed in this response, although a new levy is proposed that will replace Section 106 agreements and the CIL.

NaCSBA recognise that these solutions lie with HM Treasury who have structures and processes for delivering change and to whom detailed proposals have ben presented.

There are many positive words in the response and ministerial support within Government is clear, this is significant process. There is of course more to do to ensure the aspirations of “a self-build revolution” is facilitated by the necessary interventions and we will continue to alongside Richard Bacon, to ensure that this is the case.