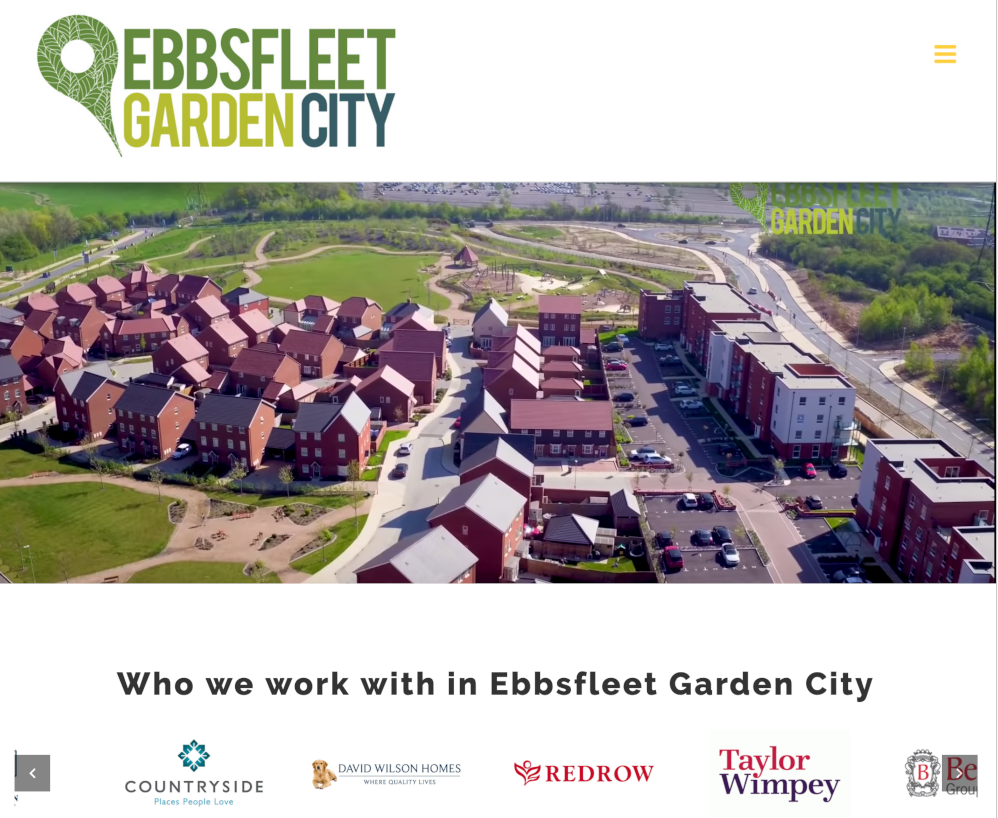 A new Design area in Ebbsfleet Garden City with the designation “Custom Build Community” has got the green light with the recent approval of masterplans and design codes for villages in Ashmere and Alkerden. Approved by Ebbsfleet Development Corporation’s (EDC) planning committee, the plans set out the vision for one of the largest areas of Ebbsfleet Garden City, the 15,000 home development in Kent.

Located in the old Eastern Quarry brownfield area, the two villages will include 4,600 homes, adding to the 1,600 homes already delivered across the Garden City. EDC’s commitment to a diversity of housing types and tenures recognises that the inclusion of customised homes can play a part in this delivery, with 25% of all homes across the entire city site earmarked to be affordable.

The Custom Build Community design area is part of one aspect of the three land uses allocated for Alkerden, and is adjacent to the Garden Suburb character area that brings a modern interpretation to garden suburb principles.

This design area is earmarked for tailored homes that bring innovation and variety, with a medium density area of two-three storey homes, with the consent allowing for single-bed apartments to six-bed houses to be delivered. While the plans indicate height and massing, there is freedom in the nature of housetypes.

Henley Camland, owners of the 667-acre site, commented that the custom build aspect supports a mix of developers across EGC designed to maximise delivery, as set out in the approved Housing Implementation strategy.

“In deciding on the design code for this parcel of land we identified the designation “Custom Build Community” character area so that the design of the properties would be in keeping with the quality diversification and uniqueness that a custom build development will typically offer,” said Peter Nelson, Project Director, Whitecliffe Development.

“As the landowner we have also unilaterally decided that whoever it is that develops on the parcel must give the purchasers more bespoke choice on internal layout and external finishing than you would normally expect. This customisation will attract plot purchasers who might not normally buy new houses, but would buy custom build home.

“This is not a planning obligation, but rather it is something we have chosen to do to widen the potential purchaser pool away from the normal new house build buyer.”

Michael Cassidy, chairman of Ebbsfleet Development Corporation’s board, said: “The process of giving planning permission for the “look and feel” of the main next phase of housing at Ebbsfleet Garden City marks a historic turning point in the ambitions for this flagship enterprise.

“It shows how intelligent use of planning powers and cooperation from landowners and developers can bring matters to a speedy conclusion and a quality outcome that befits a garden city.”