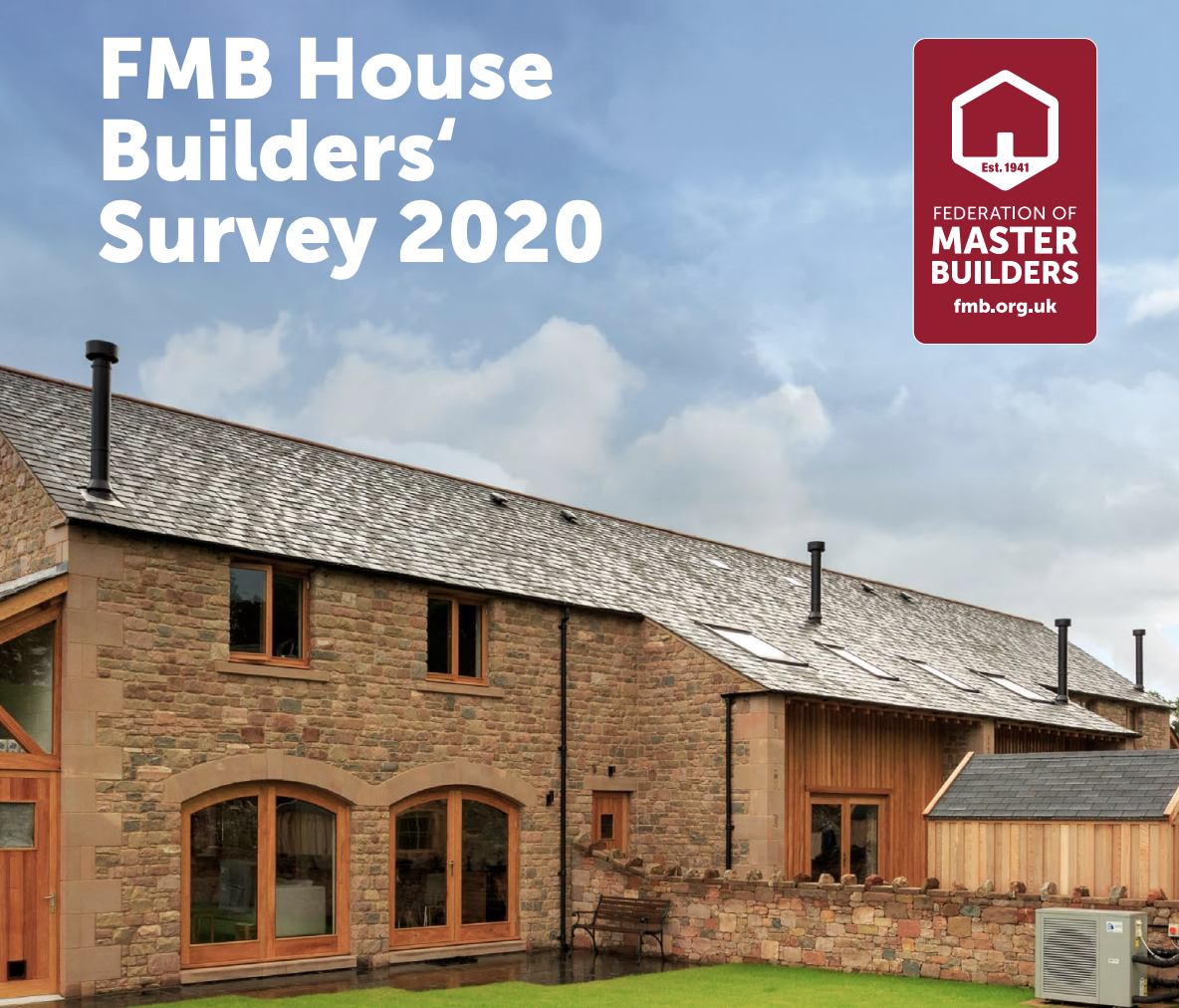 The Federation of Master Builders (FMB) House Builders’ Survey 2020 has found that demand for new homes is at its lowest level since 2014, according to the experiences of small to medium-sized (SME) house builders.

The FMB’s annual survey charts the experience of SME house builders in England, and last year’s survey found that over half of this group had built a custom or self build home. This year’s survey found that, of those contractor FMB members who responded (56%), 81% of these contractors had built a home in the last year to the plan and specification of a homeowner, ie a custom or self build home.

In regards to house building activity, the survey found that SME house builders reported that the planning system was the biggest constraint on them building more homes, with almost half (48%) of respondents citing this as an issue.

Key findings of the House Builders’ Survey include:

In addition, access to finance has become a growing concern for SMEs, with 41% saying that this is an issue for them. This is surprising, as it reflects a deterioration in lending conditions, that had improved over the past two years. Many SMEs reported that loan refusal was driving this cause for concern.

Looking ahead, 37% of SMEs indicated that they were concerned about the impact of restricted mortgage availability and its impact on would-be house hunters.

The FMB’s House Builders’ Survey sets out three key priorities for SME house builders for the next year:

Brian Berry, Chief Executive of the FMB, said: “SME house builders are facing the dual challenge of weakening demand, and increasing constraints on their output. Taken in the context of Brexit uncertainty and the ongoing economic impact of the coronavirus, these conditions are hampering recovery in the housing market.”

“The Government needs to prioritise supporting recovery in the SME house building sector. SME builders operate in every community in England and support the Government’s levelling-up agenda. They build high-quality, sustainable and beautiful homes in places where people want to live. Local builders also create local employment and training opportunities, as SMEs train almost three-quarters (71%) of the industry’s apprentices. The FMB is keen to work with the Government and the industry to reverse the decline in the SME house building sector and create a more diversified and resilient industry.”