The Department of Levelling Up, Housing and Communities has launched the next phase of the much anticipated Help to Build Equity loan scheme with the publication of the prospectus, along with a call for both industry and consumers to register their interest to find out more.

Backed by £150 million of government funding, the Help to Build will enable members would-be builders to apply for an equity loan of between 5% and 20% of the total estimated land and build cost (up to 40% in London), interest free for 5 years. This will lower the required deposit and free up capital, making building a home an affordable and realistic option. The loan can be used for a range of build applications, including a house, or a custom finished flat or conversion of a barn.

The Prospectus is an important staging point in the launch as, it sets out the parameters for members of the public wishing to take up the equity loan scheme, including the terms and eligibility criteria. This will enable would be builders to plan how, and when, they will use the scheme to help them fulfil their self and custom build aspirations.

They can use the Register your interest (in the Prospectus) link to find out more about the scheme, and be the first to hear when it’s open to applications – expected early in the new year.

The launch of the Prospectus is the starting point for industry as much as members of the public wanting to build. The scheme will provide a huge boost for the self and custom build sector by providing a route to work for SME house builders, helping to level up communities across the country. Government believes that the scheme has the potential to deliver up to 40,000 new homes a year.

The Register Your Interest link is also designed to be a clarion call for industry to sign up to find out more, as Homes England will be sharing operational updates over the coming months until the application process are open to the public. This intervening period is a window of opportunity for developers, financiers, local authorities and more to ensure that they are poised to support people using the scheme from the very start. 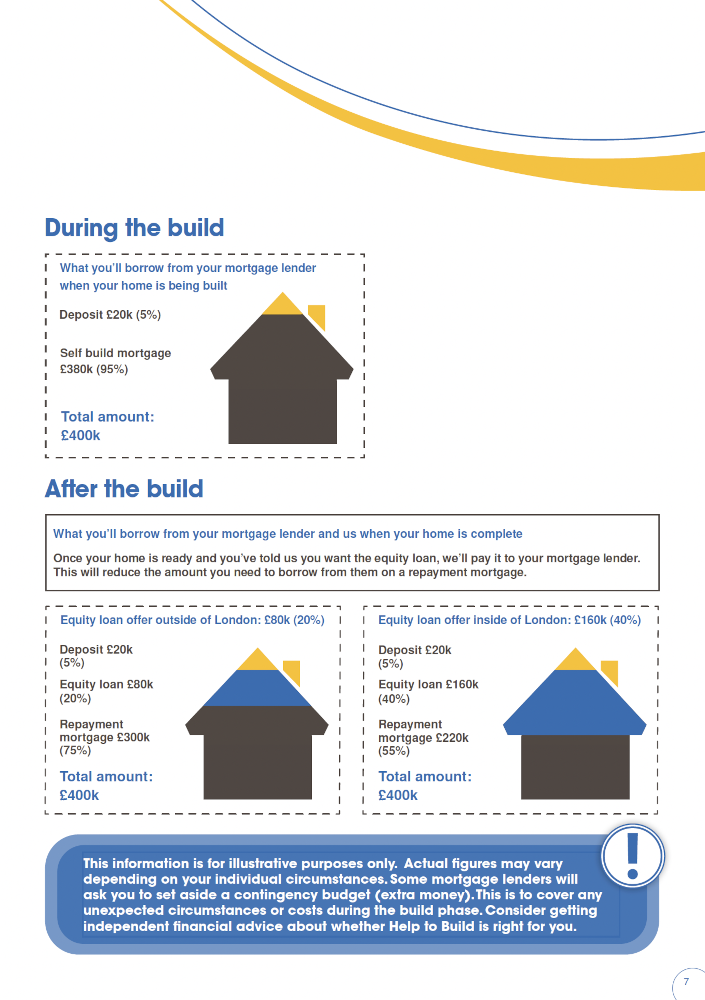 Lending is only through stakeholders registered with the scheme, and the self build mortgage used to build the house will convert to a non-custom or self build-mortgage on completion of the build, or any other. The prospectus sets out the framework for the loan, including the criteria for applying, for example:

Announced in April 2021, the £150 million scheme will help level the playing field for speculative housing, where the Help to Buy scheme has supported new build activity for years.

Housing Minister Christopher Pincher MP said: “People across the country dream of building their own home and through our ground-breaking Help to Build scheme we are making it a realistic and affordable option.

“Help to Build will put them in charge of the house-building process and make sure they get the home they truly want.

“This scheme will also support small housebuilders and create thousands of local jobs – providing a huge boost the self and custom build sector and delivering much-needed new homes.”

“It will mean that more people can have the new home they actually want including those with smaller deposits, sound plans and big hopes. The greater choice enabled by this scheme will lead to more affordable and better homes that are more wanted and more sustainable.

“This scheme addresses a key constraint for many custom and self-builders and should in turn empower landowners, enablers and local authorities to ensure that sufficient permissioned land is made available to meet the demand and to build back better.”

“Contrary to common perception, in most cases custom and self build is not about people undertaking the build themselves. Rather, it is about the homeowner having control over the design and specification of their project – enabling them to create the home they want, rather than the one someone else believes they would like. It means that new homes will now be part of the solution for the large numbers of people whose cultural, ecological, physical or emotional needs are not currently met by the new-build market.

“In addition, there are many areas where speculative builders are choosing not to build at the speed and scale that is needed, that will benefit from the new housing that Help to Build will facilitate. Custom and self build is common everywhere else in the world.

NaCSBA’s role in the Help To Build

Securing a version of a Help to Build scheme to rival Help to Buy has been a major campaign of NaCSBA’s, which has lobbied for over several years. Find out more about our role on our campaigns page.