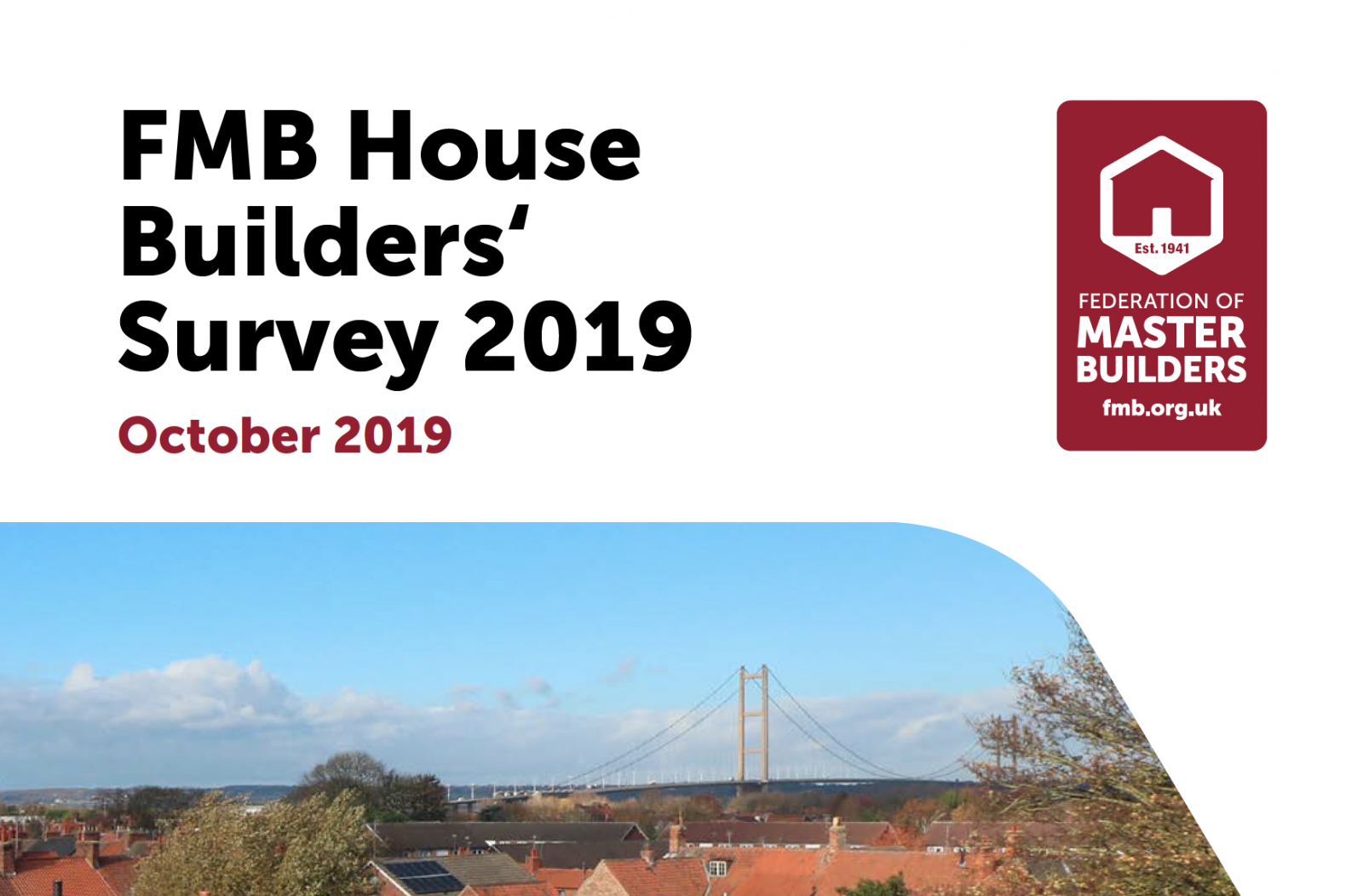 Consumer demand for new homes has dropped again, falling by 8% in a year, to its lowest level for five years, according to the Federation of Master Builders’ (FMB) House Builders’ Survey of its small and medium (SME) house builders in England.

The results do not come as a surprise, with small house builders reporting that current buyer demand fell from 2.9 (out of five), down from 3.14 last year, a figure that is expected to fall further to 2.75 next year as the market jitters remain surrounding Brexit and its affect on consumer confidence. In light of political and economic uncertainty many prospective homeowners are holding off on moving ahead with plans to buy for the first time, or move house.

Brian Berry, Chief Executive of the FMB, said: “Hopefully this is just a short-term pause, and that post-Brexit, demand will pick up once again. If not, and we enter a downturn period, the Government will need to consider how best to support SME house builders to avoid many firms leaving the sector.

Berry continued: “The main barriers facing small house builders have started to ease but they are still present. This is the fifth consecutive year that small house builders have cited lack of access to available and viable land as the number one barrier. Small sites are the bread and butter of SME development, but unfortunately local authorities’ Local Plans are still far too focused on large sites.”

Berry concluded: “The increases in planning fees by 20% in January 2018 were supposed to lead to increased speed and delivery of planning services, but only 3% of our members have seen any improvement since the rise. In fact, 38% of small builders have seen the performance of planning departments worsen. Builders are now paying more for an inferior service which needs to be addressed urgently as part of the Government’s proposals to accelerate the planning system.”

Overall, the report found the following: