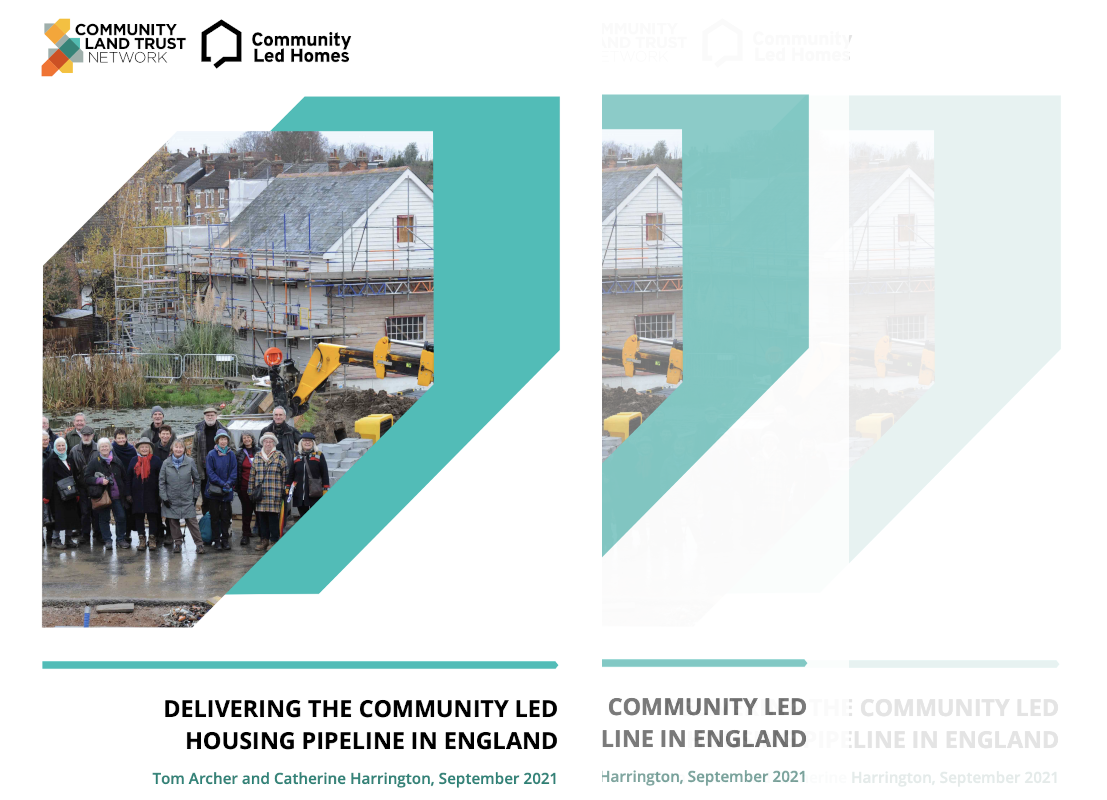 Commissioned by the Community Land Trust Network (CLT Network) in partnership with Community Led Homes (CLH), the report on the research was written by Dr Tom Archer and Catherine Harrington, who is also an expert with the Right to Build Task Force.

Delivering the Community Led Housing Pipeline in England was funded by the Nationwide Foundation and Power to Change, and the research explores the opportunity for funders get involved to support communities as they work to build out and renovate this pipeline of 12,000 homes across England over the coming years.

The report identifies that the homes are made up of 650 active projects across England, which collectively requires £45m in revenue funding and £2.5bn in capital funding.

A key finding of the research was that banks, social investors, grant makers and combined authorities would be far more likely to invest in this pipeline if Government renews the Community Housing Fund. This would then create the confidence around deliverability, helping to get projects to the stage where they are investable propositions.

The data will feed into the submissions from the CLT Network/CLH to the Government around the Spending Review, including a detailed proposal for the Community Housing Fund, part of CLT Network’s campaign for its renewal. NaCSBA is also part of the Housing Diversity group, which includes community led housing groups and SME housebuilder bodies, which is also submitting a paper to the Chancellor in connect to the Comprehensive Spending Review.

In addition to its findings, the research identifies the challenges to accessing finance for a range of community led housing groups, something that will be all the more pressing if the Community Housing Fund is not renewed.

Rt Hon Christopher Pincher MP, Minister of State for Housing, said, “Community led housing has an important, indeed you might say, unique contribution to make to meeting our housing need.

“It brings forward land which is oftentimes out of reach of mainstream developers, and helps build community cohesion. It delivers really good examples of great quality, sometimes award winning design, modern methods of construction, environmental performance, construction quality, the list goes on. And that is why I think, in short, community led housing projects, align very closely with many of MHCLG’s ambitions.”

Leigh Pearce, Chief Executive of the Nationwide Foundation, said, “We’ve been working with the community-led housing sector for over a decade, and in that time, we’ve seen the huge difference that projects can make to communities.

“We welcomed the £4m for the Community Housing Fund announced last year, however, it’s now time for sustained, long-term funding, so that this pipeline can be unlocked. Only then will the homes currently stuck in the system be built, in places they’re needed, at prices people can truly afford.”

Tom Chance, CEO of the Community Land Trust Network, said, “The Secretary of State’s ministry says its purpose is to give more power to local people to shape what happens in their area. As four of our members showed him, there can be no more powerful way than to give local people ownership of their land.

“Over the last decade we have established CLTs as a growing niche, and in the next ten years the Government could mainstream this approach in the way affordable homes and new settlements are built.”