Self and Custom Build Fund allocates £5m, plus a £20m second round 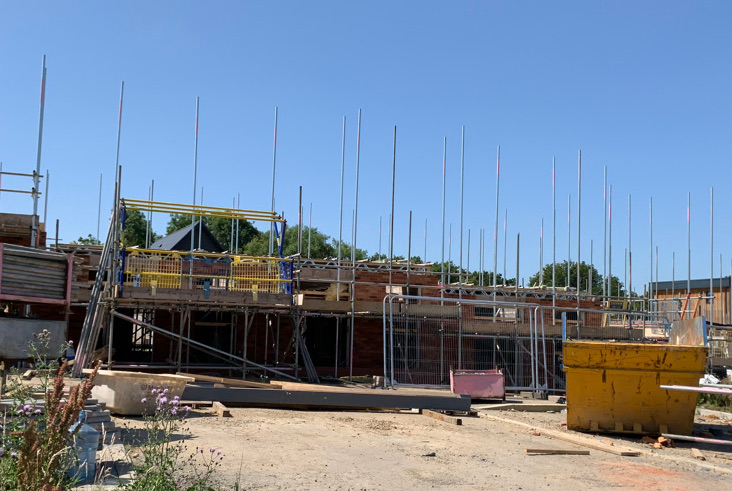 £5million has been allocated to councils under the Self and Custom Build Fund, to help unlock land in their ownership for self and custom build for sites with a further £20million now on offer.

The second round of the Self and Custom Build Fund will enable other English local authorities bid for funding for sites on land in their portfolios, although the deadline for applications is tight at 8 November.

The announcement by the Department for Levelling Up, Housing and Communities (DLUHC) came with the news that this year, £57.8 million has been allocated to councils to support them to develop brownfield land into housing, made up of £58 million from the Brownfield Land Release Fund, which includes the dedicated Self and Custom Build Fund. These funds were originally launched in April.

To date, no news has been released about which authorities or projects have been awarded funding.

Secretary of State for Levelling Up, Michael Gove MP said about the wider allocation: “We are levelling up and backing home ownership in every corner of the country, delivering new high-quality, affordable homes and creating thriving places where people want to live, work and visit.

“Making the most of previously developed land is a government priority and it will help protect our cherished countryside and green spaces.

“This allocation includes £5 million for self and custom build projects. A further £20 million from the BLRF has also been designated to help accelerate the self and custom build sector, with councils now able to bid for the remaining funding – giving local people the opportunity to build and design their own homes.”

Self and Custom Build Fund – round 2

NaCSBA welcomes the second phase of the fund being launched, which is further evidence of government’s commitment to the sector. As with the first round, this wave is available for sites on both brownfield and greenfield land in local authority ownership, but which have experienced market failure in someway.

The fund, which is managed by One Public Estate, is now open for new projects to come forward, with roughly £26 million of funding on offer, made up of:

This phase is open to Mayoral Combined Authorities (MCAs), including their constituent authorities, and OPE will also consider projects with some community models, such as Community Land Trusts.

Applications are due on the 8 November, but OPE is keen to hear from local authorities, who can get in touch with its regional teams to discuss their application, ahead of submission.

One Public Estate has a comprehensive online prospectus with advice, details and templates to support the application process, and setting out the eligibility criteria.

The funding is designed to support projects facing viability issues and market failure in bringing on serviced plots. Funding can be used for a range of aspects, such as:

Sally Tagg, Acting Head of the Right to Build Task Force, said: “It is fantastic that there is a second round of the Self and Custom Build Fund, and we encourage as many councils as possible to apply. This will make a genuine difference to those authorities working to deliver a more diverse route to delivering high-quality housing.

One Public Estate (OPE) is a partnership between the Office of Government Property in the Cabinet Office (OGP), the Local Government Association (LGA) and the Department of Levelling Up, Communities and Housing