NaCSBA’s latest analysis of single dwelling data for the UK shows a steady growth in the number of homes being built since the introduction of the 2016 self build registers.

Produced using data collated by Future, the company behind Homebuilding & Renovating magazine, and supplied by Planning Pipe, the figures track all single new homes that have been built or converted per year.

This data gives a picture of activity across the UK, year-by-year, and works on the presumption that the majority of these homes will have a considerable level of owner input into the design and commissioning*. 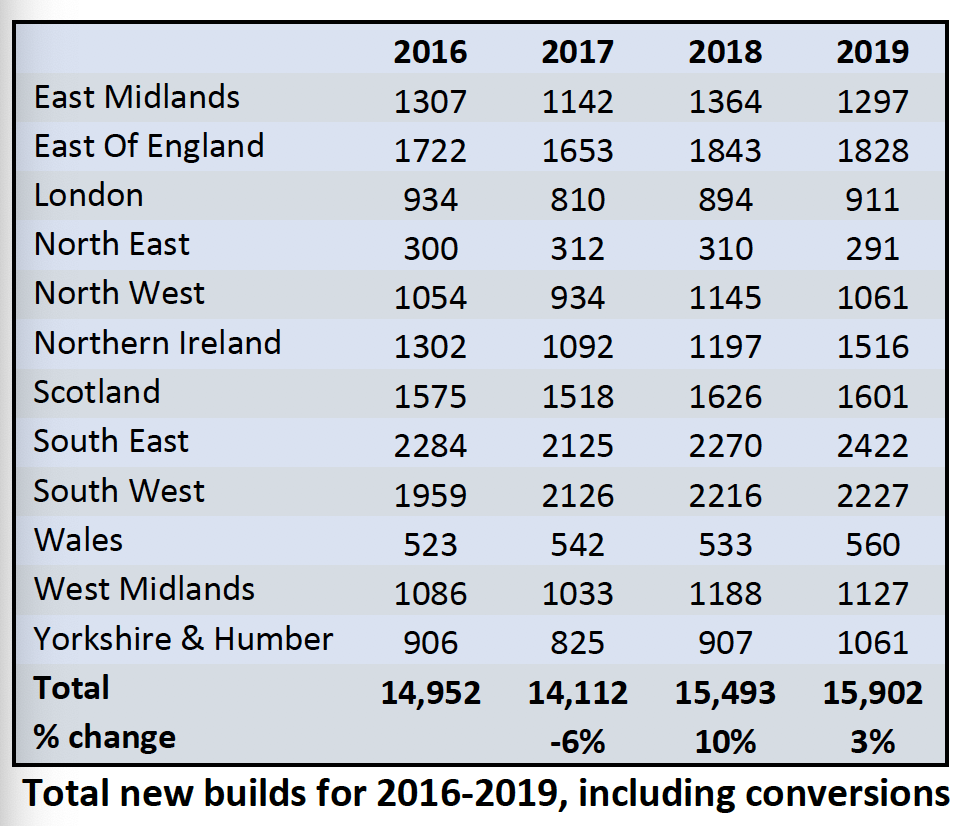 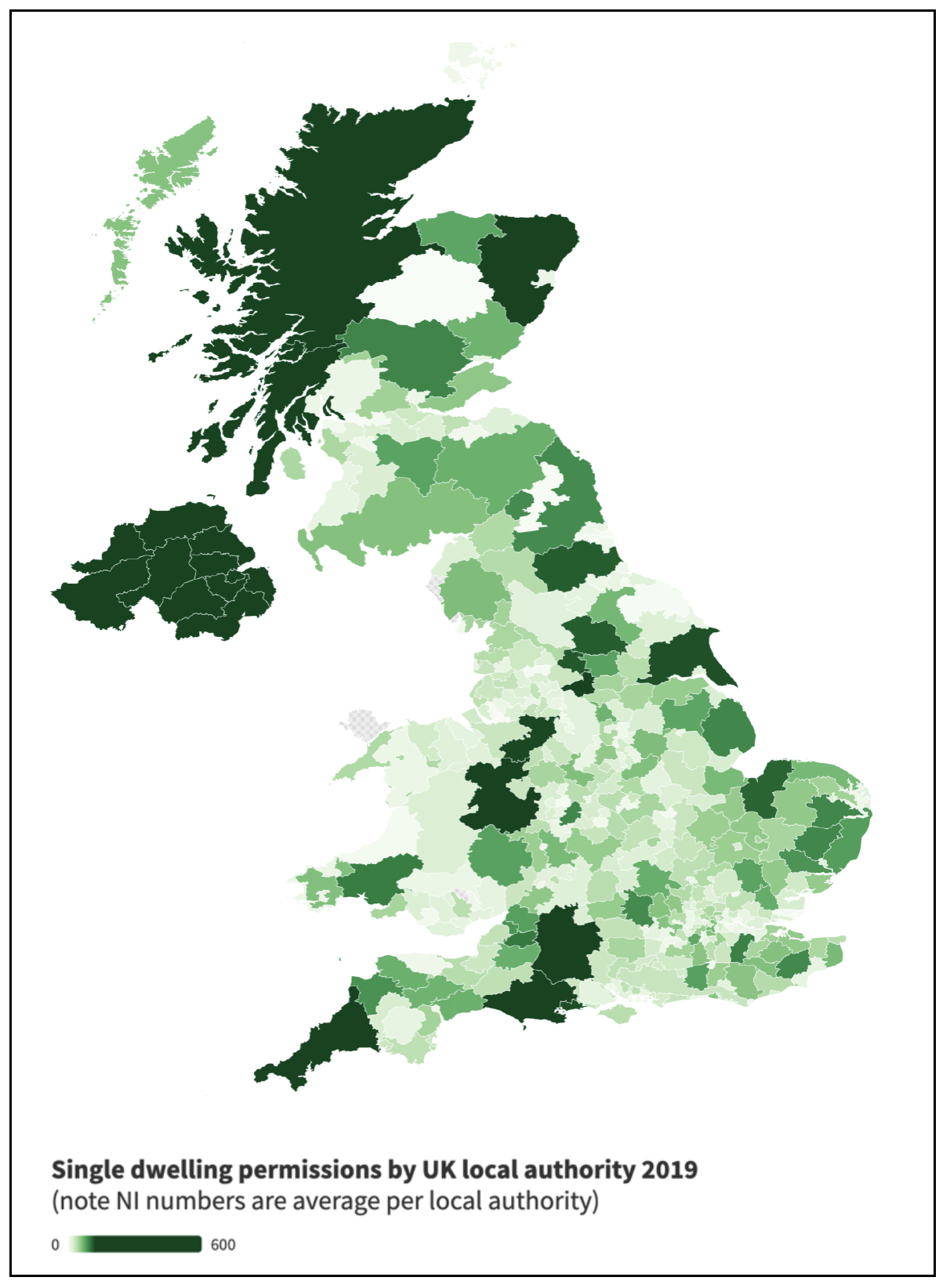 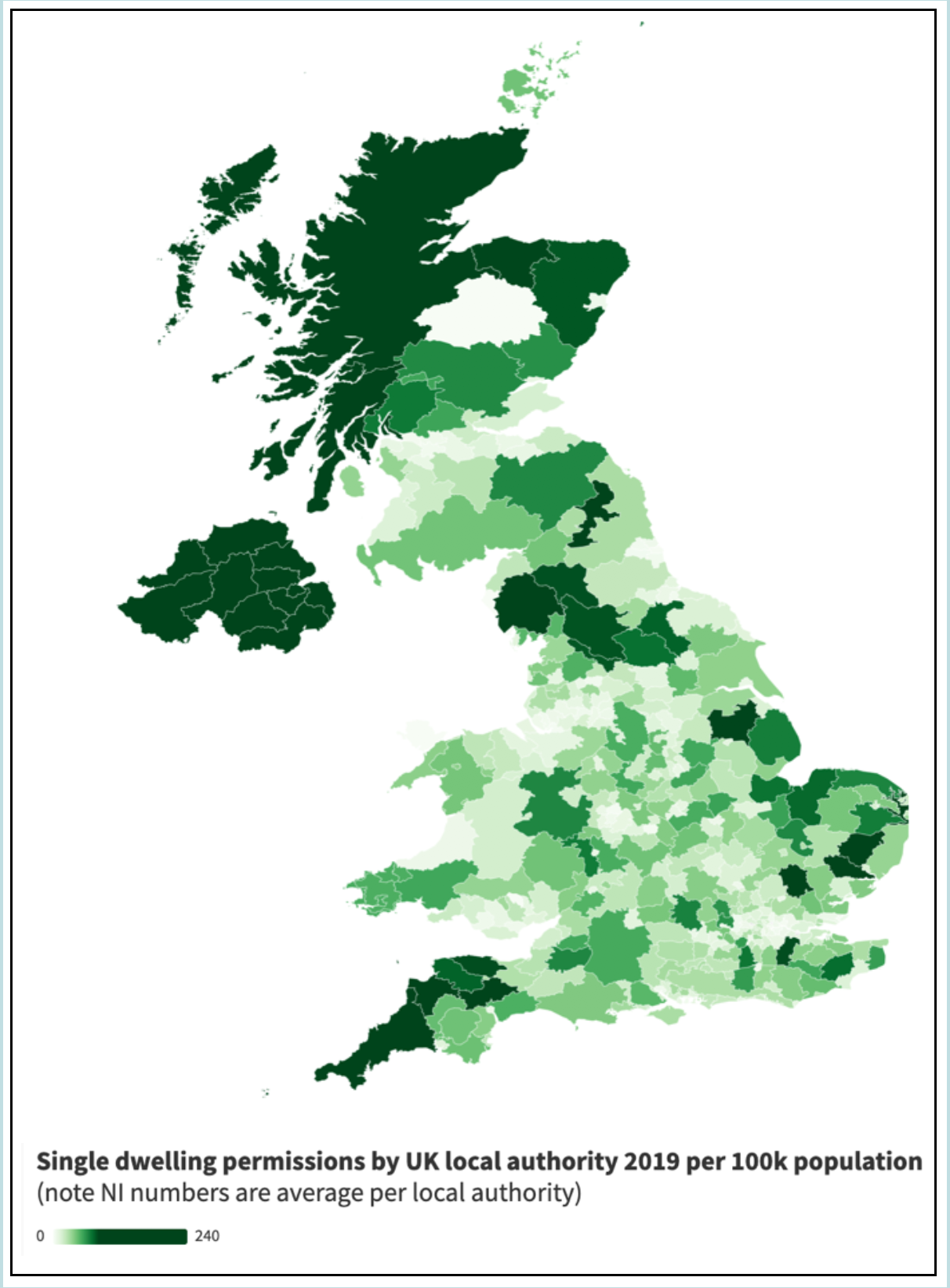 Single dwelling data and the Right to Build

NaCSBA acknowledges that single new dwellings are not a satisfactory substitute for local authorities tracking activity to offset against the number of custom and self build ‘permissions’. They must do this as set out by the Right to Build legislation, and this data must be robust in its opinion.

NaCSBA CEO Andrew Baddeley-Chappell welcomes the increase, saying “It is good to see the continued growth across the United Kingdom.

“When the Right to Build legalisation was passed in England in 2016 the Government’s ambition was to see the numbers of custom and self build homes double by 2020. Yet in this time the share of total single new dwellings in England has remained unchanged and relatively less than the rest of the United Kingdom. This demonstrates that there is more that needs to be done by the Government in England to ensure that more authorities work to the letter and spirit of the law.”

*Issues with counting custom and self build

Counting custom and self build robustly is challenging, as there is no single, accurate source that reflect the volume of homes produced annually. Consequently NaCSBA compiles data on the sector from a range of sources, such as Community Infrastructure Self Build Exemptions, Self Build VAT returns and single dwelling data to compile a picture of annual activity.

Single dwelling data does not identify the proportion of single new dwelling planning approvals built out speculatively for sale as opposed to being specifically custom and self build, but it is assumed to comprise much of the difference between the custom and self build completion numbers and the Planning Pipe Data. Also in the numbers will be some design and build projects not captured by custom and self build data where the developer sells a bespoke home off-plan, and some projects that are not built out.

Unfortunately there is no simple way to separate out the custom and self build contingent from the larger cohort, making it an indicator only rather than an empirically robust source of information.

Visit NaCSBA’s library for more statistics about the self and custom build sector.