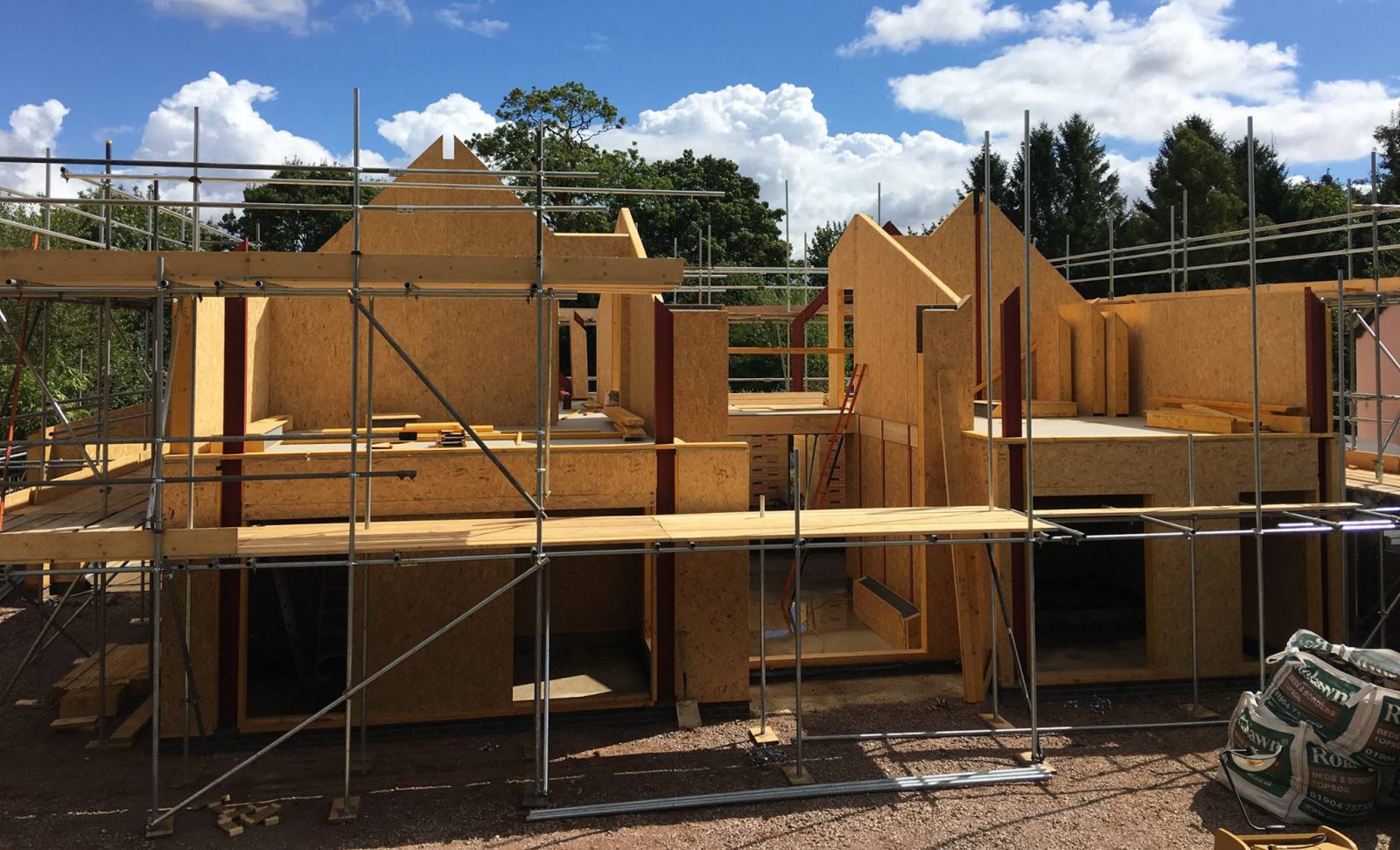 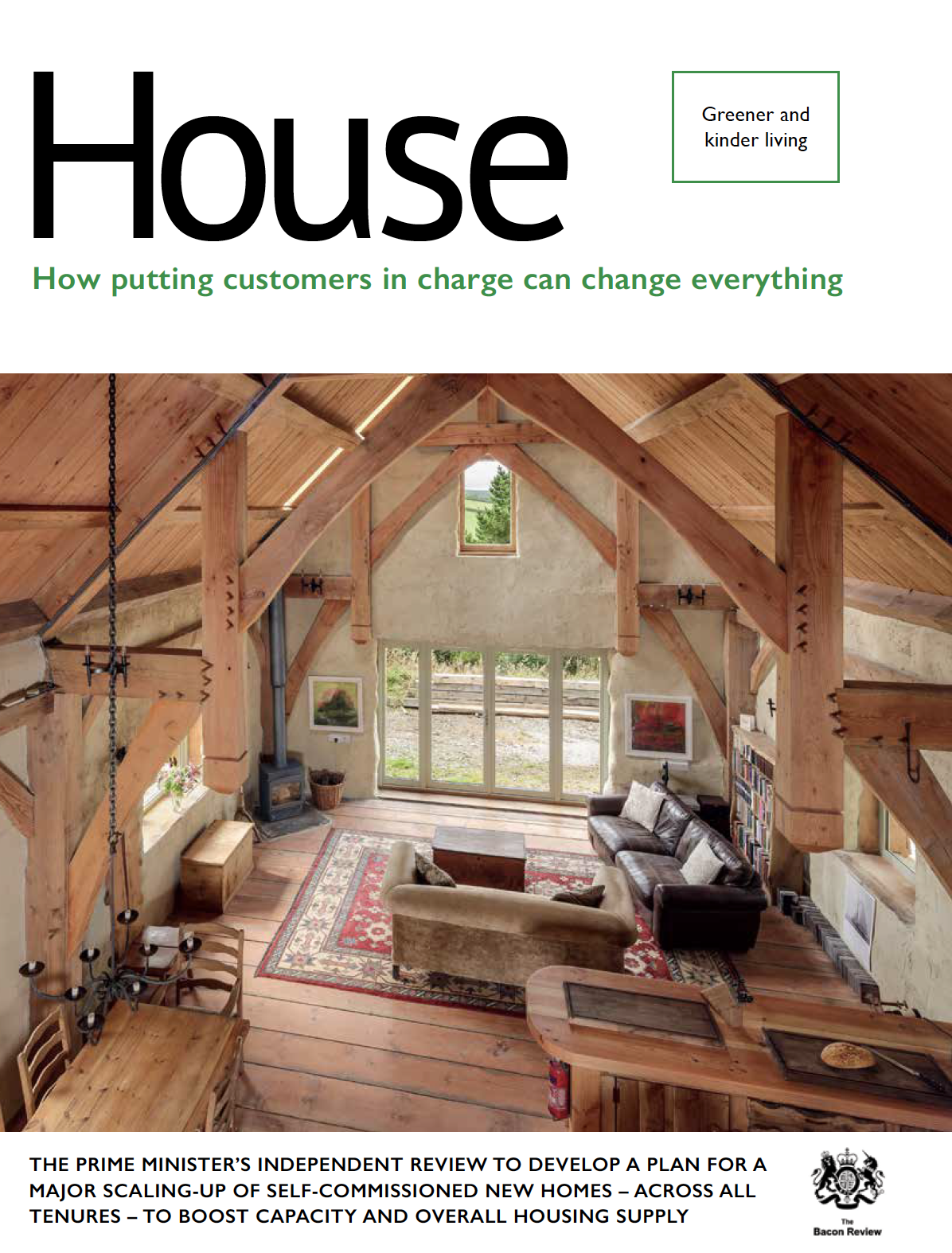 Richard Bacon’s Review of Custom and Self Build has been published by government, including six recommendations for scaling up the sector that are underpinned by economic analysis that identifies custom and self build as missing market in the UK.

The review, called, House: How Putting Customers in Charge Can Change Everything, is a core element of government’s Custom and Self Build Action Plan, along with Help to Build (yet to go live), the review of the Right to Build legislation, the Self and Custom Build Loan Fund and funding for the Right to Build Task Force. Together, these actions reflect government’s ambition for the sector. NaCSBA looks forwards to government’s response to the recommendations, expected in the autumn.

In his review Richard gives a detailed overview of the sector, drawing on activity in both the UK and from abroad. He evidences the benefits of a customer-led approach to housebuilding, advocating for a new system that puts the customer at the heart of the new homes market.

Referencing international models, he spotlights the choice and routes to delivery used abroad, explaining how England could replicate the best of their successes.

Specialist economic consultancy Chamberlain Walker undertook new economic analysis of the industry, which identified a missing market in England for owner-commissioned homes. For the purpose of the evidence gathering, Bacon spoke to a wide range of professionals, stakeholders and the public, with evidence from self builders highlighting their role as pioneers of modern methods of construction and greener technologies. Evidence also demonstrated that very few of these people would consider purchasing a speculatively-built home on the open market, as opposed to building something to their own design and specification.

Government reported that our broken housing market is “a problem that won’t sort itself”, while Bacon states that we have a problem in how new housing is perceived by people. To remedy this, he makes six key recommendations that we would urge the Government to implement in full, and at speed.

Housing Secretary Rt Hon Robert Jenrick MP said: “As we build back better, we want to help more people build their own home, making it an option for thousands who’ve not considered it or ruled it out before. This will help get more people on to the housing ladder, ensure homes suit people’s needs whilst providing an important boost to small builders and businesses too.

“I warmly welcome Richard Bacon’s report which matches our ambitions for the custom and self-build sector. We will consider it fully and respond to the recommendations in due course.

“The launch of the Help to Build equity loan scheme will be a game-changer to the self and custom build market and will allow individuals to borrow with lower deposit mortgages which will go towards the design and build of their new home.”

To facilitate the scaling up of the sector, Bacon puts forwards six recommendations:

Read against the context of House, the recommendations set out a robust approach to brokering change, proposing a new system centred around improved land supply, driven by Homes England. This includes the provision of pilot schemes and a destination Show Park of custom and self build housing to demonstrate the model and grow understanding. With the momentum that can flow from the delivery of the recommendations in this review, the sector will be well placed to scale up and provide the valuable additional housing – and housing choice – that government needs to fulfil its ambition of delivering 300,000 homes a year. 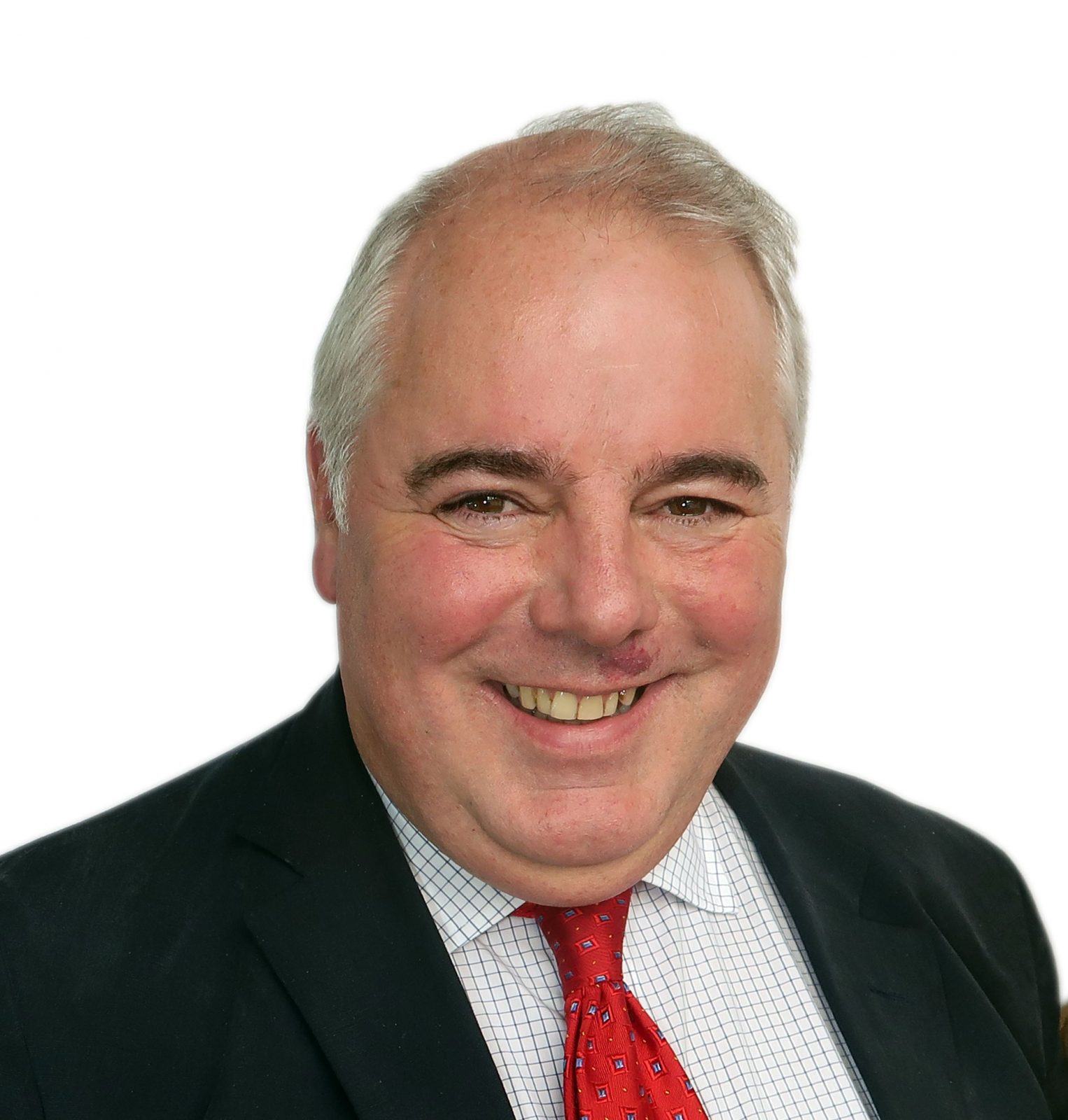 A well known self build champion, Richard Bacon was the natural choice to author the report – he is the Chair of the All-Party Parliamentary Group on Self-Build, Custom and Community Housebuilding and Place-Making, the driving force behind the Right to Build legislation and is the Right to Build Task Force’s ambassador.

Bacon, said: “At no other time in our history would new housing be thought of as a form of pollution, creating a monoculture to be resisted from villages to towns. The central problem is that most customers have almost no clout when it comes to buying a home. There is a “missing market”. Instead of customers who are able to choose for themselves what they actually want, which of course will vary hugely – just as people vary hugely in their tastes, preferences and lifestyle choices – in practice most customers have very little say. Indeed, for the very item on which customers spend the largest proportion of their incomes – their homes – they hold the least consumer power.”

“Those who have managed to step outside this prevailing framework and commission or build their own dwelling see a result that is to their own taste – greener, better built and more welcomed by local communities. And while thousands of people have succeeded in doing this – often with the help of NaCSBA members – it is still difficult to do, whereas it needs to become normal. Indeed, it should be no more difficult than ordering a new car.”

“There is a solution. It involves creating the conditions in which customers are treated as if they matter the most, rather than – for the most part – scarcely mattering at all. And this is what happens when people themselves commission the houses they would like to see. Homes England, whose remit includes making markets, has a key role to play in kickstarting this market including providing land and investment and helping to streamline planning – and my core recommendation is that a Custom & Self-Build Delivery Unit should be established with a mandate to deliver the required changes, staffed by skilled professionals with deep experience of delivering custom and self-build projects for customers across all tenures.”

Andrew Baddeley-Chappell, NaCSBA CEO said: “There is clearly something wrong with any market where customer choice is so notably absent, in particularly where such choice so demonstrably leads to better and greener homes. At the heart of the challenge is a planning system that appears hard wired to produce a product that most of us do not want, and which fails to reflect the diversity of our communities.

“Yet there is a proven viable solution. One that works everywhere else in the world, the question is not whether change is needed but how that change happens. To make that change we must ensure that sufficient land comes forward on which people can chose the home they want to live in. We must also open the eyes of the public to the possibilities that are out there. Both these aspects require the leadership of Government to address the failures in our current market.

“The recommendations in this report, which include the review of the Right to Build and the rapid launch of Help to Build have the capacity to positively transform our country’s relationship with the new homes market.

The review was personally commissioned by the Prime Minister in April this year*. His letter notes:
“The way in which our housebuilding market operates constrains the supply of new homes because there is not enough competition and innovation. Unlike housing markets elsewhere in the world, there is a lack of consumer choice and diversity of supply.

“Self-build and custom housebuilding can play a crucial role in increasing choice for consumers and ensuring people can live in the homes that they want, and that are designed to meet their needs. We know that self and custom builders deliver high quality, well-designed homes that are energy efficient, accessible, affordable, and welcomed by their communities.”

Read the Review of Custom and Self Build