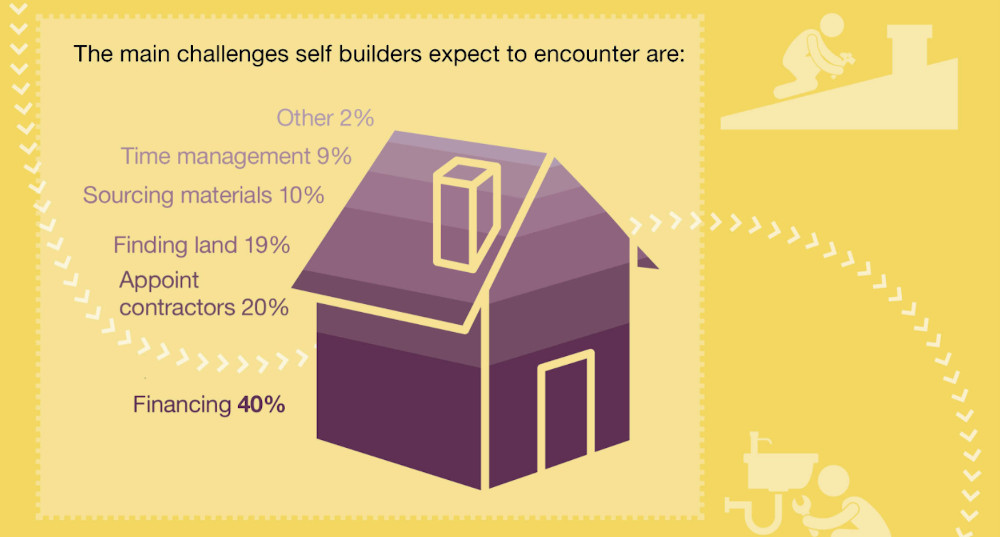 Both 2,000 person surveys found that roughly a third of the UK adult population were interested in self building at some point in the future. Respectively, the main finding of the Ipswich Building Society’s research was that 35% of UK adults (approximately 22 million people) said they would consider a self build project at some point in the future, while the NaCSBA/BSA research showed that 32% of people were interested in self building.

The NaCSBA/BSA research was also run in March 2020, just before the pandemic, which also found that 32% of people were interested in self building, giving valuable empirical weight to the data behind interest in self build.

Equally, both the Ipswich and NaCSBA/BSA October 2020 research highlighted that it was the 18-24 age group most interested in self building.

Adding further value to the data, LABC Warranty, which works in partnership with the Local Authority Building Control (LABC) to provide structural warranties, used its data for England and Wales, to assess where people were building.

As well as reflecting a growing interest in self build over the last decade, the data showed that the majority of projects took place in the South East and East of England, closely followed by the South West. Wales had far fewer self builders, which may change with the introduction this year of Self Build Wales (1).

In addition, while the NaCSBA/BSA research found that a huge 89% said energy efficiency was important in a build project, LABC Warranty found that fewer than 1 in 10 (2) self-build projects actually included innovative or modern methods of construction. These are technologies and techniques that are typically associated with creating a more sustainable and energy-efficient build. 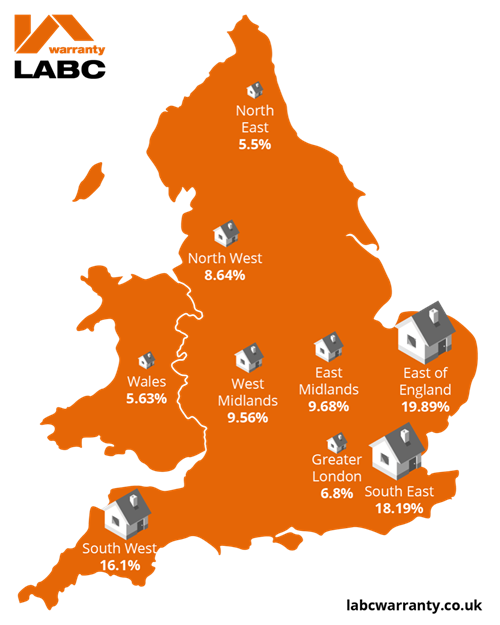 Further to this, the Ipswich research found that:

Charlotte Grimshaw, Head of Mortgage Sales at Ipswich Building Society said: “Since the introduction of government legislation on 1 April 2016, self build projects have become a more recognised and viable choice for many people.

“However, finding the perfect plot of land is still something that self builders are concerned about. The introduction of Right to Build was a significant step for this often overlooked sector and with the UK having the lowest known rates of self build homes in the world, coupled with a substantial shortage of homes, local councils would do well to promote these registers more tenaciously, to ensure a continual supply of suitable plots.”

“As an industry we all need to do more to ingrain self build as a manageable and achievable option for homeowners. Fortunately or unfortunately, the idea of self build is very much linked to programmes like Grand Designs, which on the one hand is a superb source of inspiration.

“However, self build projects do not have to be of the scale or cost that we’re accustomed to viewing on television. They can be a really viable option for people with a vision and creativity who would like to design their own home within a reasonable budget too.”