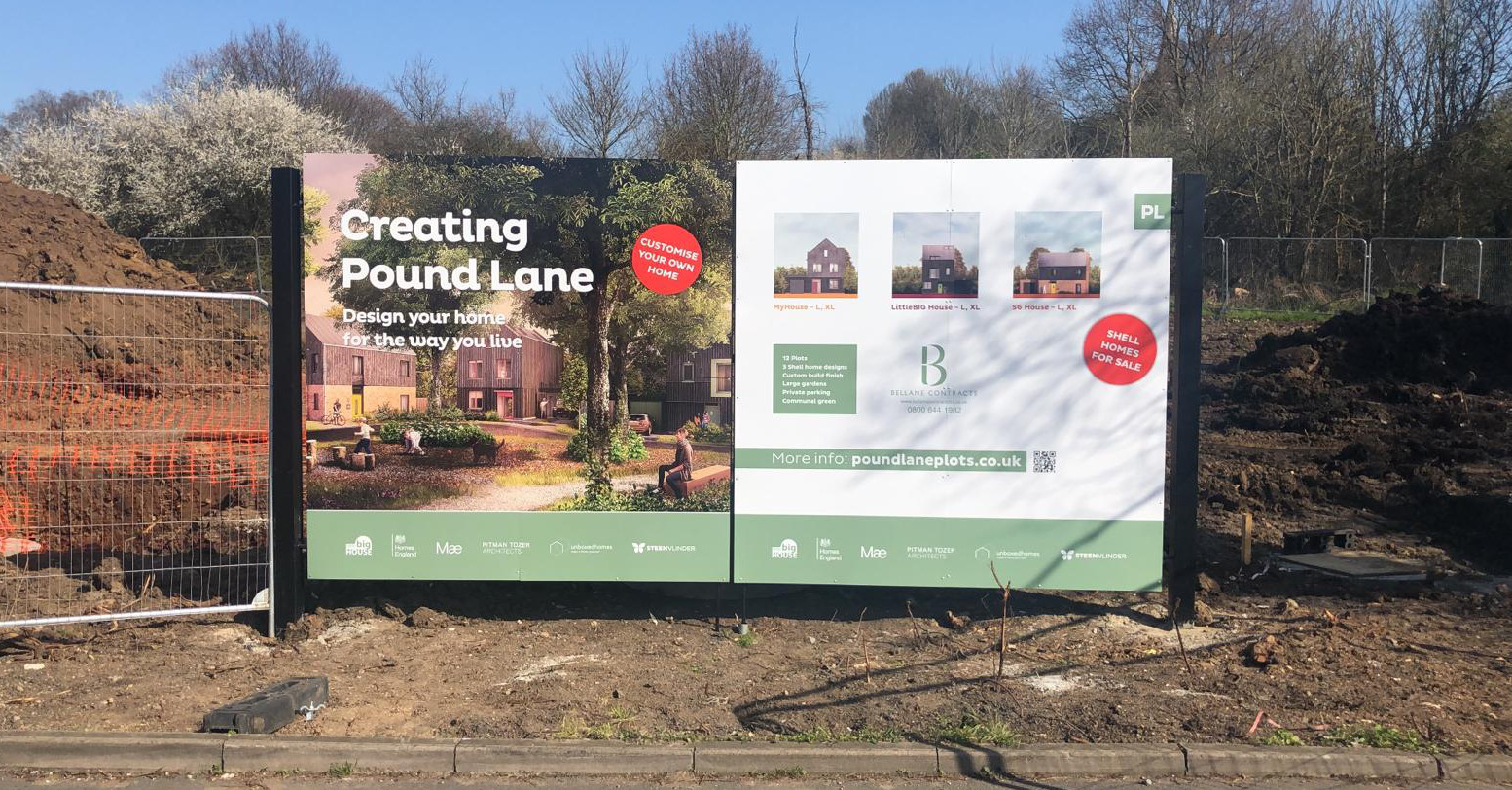 Dutch firm Steenvlinder is undertaking a significant investment to the UK with plans for 150 self-build homes, in a trio of projects in Ashford, Birmingham and Basildon.

NaCSBA member Steenvlinder is working with local partners Urbanise, Czero and Unboxed Homes to bring on the projects, and is hiring three UK-based roles, with the aim of recruiting a further 20 additional positions.

Netherlands-based Steenvlinder is a custom and self-build home specialist responsible for the delivery of over 2,000 owner-commissioned or customised homes. With the buoyant role of custom and self build in England following the government’s Action Plan and Richard Bacon’s independent review to develop a plan for scaling up the sector, Steenvlinder decided to expand into the English market, and is exploring Scotland as a potential for future UK developments.

If plans are followed through to fruition, 150 plots of land will soon be available for residents to buy in Ashford, with 105 plots, Birmingham, with scope for between 30-50 plots, and Basildon’s Pound Lane, which has 12 units. Pound Lane already has utility connections installed together with guidance and Design Codes for buyers to start planning their homes.

The ‘build your own home’ concept is popular in Europe, and now accounts for most newly completed homes in Germany, and Steenvlinder is a significant operator in the Dutch market.

Richard Bacon, in his review, stated: “Despite its size, the Netherlands has led the way in innovation in the housing sector, with the new town of Almere being an international model of what can be achieved at scale.”

Hans Sparreboom, CEO and Co-Founder at Steenvlinder, said: “We were delighted to meet with Mr Bacon when he visited the Netherlands three years ago and to contribute to his housing Review. With the Government supportive of the CSB methodology, let’s spend less time asking how to build more houses and more about making ‘how to make houses’ more popular. We’re excited about helping the UK build back better with homes designed and built to last.”

The Rt Hon Christopher Pincher MP, Minister of State for the Department for Levelling-Up, Housing and Communities (DLUHC), said: “It is encouraging to see further investment in the customer and self-build market in the UK. It has the potential to deliver thousands more homes each year as we bring forward the recommendations in the Bacon Review to scale-up the sector and introduce the Help to Build scheme which will make home building a realistic and affordable option to many more people.”

Gary Sambrook MP (Birmingham Northfield) said: “While housing in Birmingham city centre has boomed, the same cannot be said for the suburbs. We urgently need to build more homes that local people can afford, including for those aiming to get onto the property ladder as well as those looking for more space to grow their families. I was therefore delighted to hear that Steenvlinder is exploring the opportunity of helping residents build 30 to 50 better-built and sustainable properties in Kings Norton and I’ll follow this closely.”

Steenvlinder was founded in 2015 by Marnix Norder and Hans Sparreboom, Steenvlinder, and Marnix was recently appointed to the Board of the National Custom and Self-Build Association (NaCSBA).